The Organization of the Petroleum Exporting Countries, OPEC, has said the demand for its oil could drop drastically in the next few years due to surge in supply elsewhere, rising pressure from climate activists and weakening global economy.

In the cartel’s World Oil Outlook, the demand for OPEC crude oil is expected to drop from 35 million barrels per day predicted last year to 32.8 million by 2024.

Therefore, the cartel expected crude oil demand to peak in non-OECD nations, in fact as early as 2020.

Another factor highlighted was the climate change campaign and the increasing in the number of electric vehicles.

According to OPEC, it is in support of the Paris Agreement and there is “no Planet B.” Suggesting that OPEC has started anticipating change in future demand amid calls for green energy.

This means nations like Nigeria that are mainly oil-dependent economies will struggle to fund their budgets going forward if they fail to diversify their economies and broaden revenue generation.

Libya Pumps Most Oil Since 2013 on Restart at Wintershall Fields 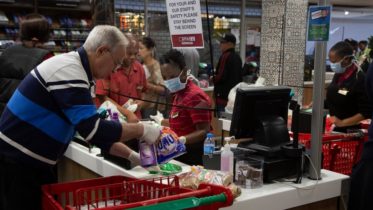