The Organization of the Petroleum Exporting Countries (OPEC) and ten other non-OPEC members have agreed to extend oil production cuts into 2020 to reduce global oil glut.

The agreement was reached after energy ministers from the world’s top oil producing nations (OPEC) agreed to extend cuts until March 2020.

OPEC then pushed the idea to non-OPEC members, who agreed to the same cuts in 2018.

While responding to a question on OPEC’s reaction to U.S. Shale production, he explained that he does not have doubt that U.S crude oil production will peak at a point and start declining like every other basin in history. “The question is when,” he said.

He further stated that “until it does, it would be prudent for us that have a lot at stake also for those of us who want to protect the global economy to make adjustments.”

OPEC+ had agreed to cut daily crude production by 1.2 million barrel in December 2018, the same agreement has now been extended to March 2020 because of rising US crude production, trade tensions and slow down in the global economy.

The US has been averaging 12.1 million barrels a day this year, around 1.3 million barrels more than 2018. The high production continued to disrupt market prices despite Saudi Arabia setting its 2019 oil benchmark at $80 a barrel.

Still, trade tensions and weak global economy remained an issue as energy investors are unclear regarding the direction of global commodity prices. 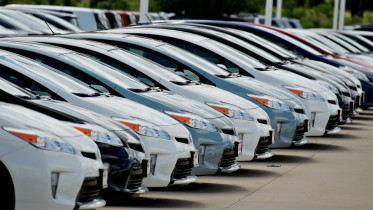