Ubong Williams, who resides in New Jersey, in the United States was penultimate week on a short trip to Nigeria to attend to some family issues.

Before his arrival in the country, Williams had requested a relative to purchase an Arik Air return ticket on the Lagos-Uyo route, as he was scheduled to spend a number of days in Uyo, Akwa Ibom State.

He had his first taste of disappointment from the indigenous airline when the first leg of the trip, which was to be aboard Arik Air flight W3 616, from Lagos to Uyo, on November 28, was rescheduled from 10am to 12pm “for operational requirements.”

After 13 days in Uyo, Williams was to return to Lagos State on December 11, so as to catch his Virgin Atlantic flight the following day to the United States.

But on Friday, December 9, the airline had communicated a three-hour rescheduling of the flight to him, via a text message. Again, the rescheduling was blamed on “operational requirements.”

However, at the Ibom International Airport, in Uyo, on Sunday December 11, Williams was shocked to find out that there was no one at the Arik Air counter. Having arrived the airport two hours ahead of the expected take-off of Arik Air flight W3 617 to Lagos, he thought he was too early for check-in and so drew himself a seat.

Before long, words started filtering in that the flight may have been cancelled owing to scarcity of aviation fuel, which is hitting the country for the umpteenth time this year.

Williams who had been joined by other Lagos-bound passengers was growing increasingly frustrated with the lack of information, and knew nothing about the scarcity of aviation fuel. Alas, at 3:12pm, he got a text message from the airline that the flight, which was to take-off at 3:10pm, had been rescheduled for the next day.

Now livid with rage, Williams and all other flustered would-be passengers on that flight had to explore other ways of furthering their movements, having been abandoned at the airport by Arik Air.

While some of the aggrieved returned home or to hotels as the only other Lagos-bound flight by Dana Air was fully booked, Williams was much concerned about getting to Lagos, in order to catch his flight to the States, in order to catch up with appointments there, and to escape a $200 fine for “no show.”

“I could not believe my eyes as I read the text message from the airline informing me of the flight cancellation minutes after the flight was supposed to be airborne. This shows how we are in this country and the long distance we have left to cover. I will speak to my counsel concerning this development in a few days,” a bitter Williams said.

Williams was not alone in this dilemma. Another passenger who identified himself as Eze, also vowed to extract his pound of flesh from the airline, irrespective of the reason he was left stranded in Uyo.

“I feel pained that in other parts of the world where one has travelled to, issues like this seldom crop up. Whenever they do, the passengers are always very well handled. Unfortunately, here the airlines think they are doing their passengers a favour. We’ll see who blinks first,” he fumed.

In the last one year or thereabouts, airline operators, both domestic and international have not had it rosy getting their required daily volume of aviation fuel to facilitate scheduled operations.

Aviation fuel, otherwise called Jet-A1, is a specialised type of fuel used to power aircrafts and ordinarily accounts for over 40 per cent of total operating cost of an airline.

Jet-A1 is 100 per cent imported, and the process is subject to fluctuations in the foreign exchange market.

In the last 12 months, it has steadily climbed from N104 to N240 per litre in Lagos, and as high as N270 in the northern parts of the country. The implication is that local airlines now have to spend more on fuel, or look elsewhere like their foreign counterparts are doing.

According to Regional Manager, North, West and Central Africa of South African Airways (SAA), Ohis Ehimiaghe, there has been no Jet A1 fuel in Nigeria in the last 12 months, and even the little available has completely dried up in the last two weeks.

SAA is one of the foreign airlines that pick passengers in Nigeria and flies to Kotoka International Airport, Accra, Ghana to refuel. But in the last one week, Ehimiaghe confirmed, supply is fast drying up in Ghana, due to heavy traffic.

The manager said that for long, airlines have been battling the scarcity even as its non-availability for several months now has done incalculable damage to their operations.

He added: “In the last two weeks, there has been total dryness of aviation fuel supply in the country. So, we have to go to neighbouring countries, especially Ghana to lift fuel. The commodity is also running dry in Ghana too. Even though there are times when we have fuel in abundance, but the times we don’t have it at all are more than the times we do.”

Finding an alternative airport to lift fuel constitutes an additional cost to airline operations, apart from the inconvenience that comes with it.

“We are fortunate that South Africa Airways has huge operations in Ghana, so it is easier to get our ground handling company and staff to service our operations quickly. Our Abuja flights have been flying by Libreville to lift fuel. This is an additional cost to our operations,” Ehimiaghe pointed out.

The effect of fuel scarcity appears to hurt domestic operators severly. Arik Air, for instance, operates the largest fleet in West Africa. With 28 aircrafts and about 100 flights per day, the airline’s operations have been worst hit nationwide.

Spokesman of the airline, Banji Ola, informed that with a daily fuel need of about 500, 000 litres, the outfit is the most affected by the scarcity.

“As a result of the worsening supply situation of the aviation fuel, Arik Air had announced further reduction in flights from Wednesday, November 16 to cope with the fresh scarcity, and reduce the unpleasant delays and cancellations, which passengers have experienced in recent times,” Ola said.

Industry sources have it that most airlines have scaled down their operations by 50 per cent due to scarcity.

Chairman of the Airline Operators of Nigeria (AON), Captain Nogie Meggison, said it was high time the Federal Government stepped into the matter, to forestall total collapse of the aviation sector.

Meggison said that the consistent non-availability of the commodity in the past weeks for airlines to conduct their operations has taken a debilitating toll on the industry.

According to him, “We have been forced to cry out about the perennial problem at this juncture because it continues to put us in a difficult situation of going the extra mile to fulfill our obligations to our esteemed customers, in spite of the inconveniences that go with it.

“However, we are at the mercy of oil marketers and many times our hands are tied such that we are left with no other option than to cancel flights,” Meggison said.

The chairman said despite the shortage of Jet A-1, the marketers have been increasing the price consistently to an unbearable point.

“Till April this year, I bought Jet A1 Fuel for N105 a litre. About a month ago, the price jumped to N145. Two weeks later it rose to about N200 per litre. Today, the price has skyrocketed above N200 a litre. This has greatly increased our operational cost.

“For instance, considering that the cost of fuel accounts for about 40 per cent of the operational cost of most airlines, the colossal rise in the price of the product by over 100 per cent has equally increased the operational cost astronomically. In the light of this, our feasibility studies and financial projections are greatly threatened, thereby putting the airlines in a dangerous and difficult financial position,” Meggison lamented.

Executive Secretary of the Major Oil Marketers Association of Nigeria (MOMAN), Obafemi Olawole, attributed the shortage of aviation fuel to difficulty in sourcing dollars, stressing that the foreign currency is often not available to importers on fairly affordable interbank market rate.

Olawole said that his members were doing their best to make the product available in the country, but for inadequate support from the key government agencies.

General Manager and Chief Operating Officer at CITA Aviation Fueling Company Limited, Olasimbo Betiku, added that besides the forex scarcity, the sector is facing the consequence of years of negligence of basic infrastructural development and getting the refineries functional.

He, however, expressed optimism that with current efforts of stakeholders and plans to revive Kaduna and Port-Harcourt refineries to refine Jet-A1, the sector may soon be out of the woods.

Be the first to comment on "One Week to Christmas: Jet A-1 Scarcity Choking Aviation Sector" 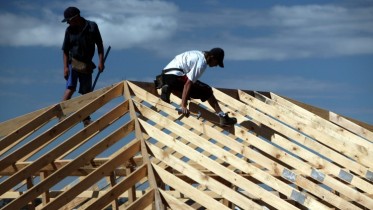