Global oil prices gained 10 percent on Tuesday after Russia declared doors are not closed to further discussions with OPEC.

Brent crude oil, against which Nigerian oil is priced, rose to $37.26 a barrel after hitting a 5-year low of $31.15 per barrel on Monday.

This was after Alexander Novak, Russian Energy Minister said Moscow remains open to further cooperation with OPEC on oil stability.

He, however, said present lack of agreement with the cartel “does not mean that in the future we can’t cooperate with OPEC and non-OPEC countries”.

“If necessary we have various tools including reduction and increasing production,” Novak said, adding that new agreements can be reached.

“We have planned the next meetings in May or June to assess the situation on the market.”

Prince Abdulaziz bin Salman, Saudi Arabia’s energy minister, however, disagreed with the proposed meetings, saying there is no point if they could not agree on the framework prior to the said meeting.

He said “I fail to see the wisdom for holding meetings in May-June that would only demonstrate our failure in attending to what we should have done in a crisis like this and taking the necessary measures.”

Experts said while they have seen price wars and pandemics hurt the global economy at a different point in time, they’ve not seen the two at the same time as it is presently happening.

“Price wars and pandemics are nothing new to the commodity markets, but both occurring simultaneously is something we have yet to witness in our careers,” RBC analysts said in a note.

“Such action will test the market’s self-balancing mechanism absent the backstop of OPEC, a mechanism that has not been tested since the U.S. shale boom was in its infancy,” they added. 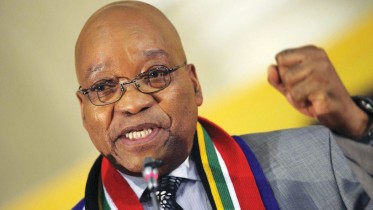