Oil prices slightly pulled back on Monday during the Asian trading session after OPEC postponed the meeting between Saudi Arabia-led 14 members and Russia.

The virtual meeting initially scheduled for today was postponed to April 9 March 2020, according to a recent statement from the cartel.

Brent crude oil, against which Nigerian oil is priced, pulled back from $34.94 a barrel recorded on Friday after President Trump’s comments to $33.35 per barrel. While the West Texas Intermediate declined by 3.9 percent to $27.23 a barrel.

President Trump had tweeted that the two oil giants would cut production by the most on record to protect the global oil market and restore investors’ confidence.

Although, Russia had initially denied such an arrangement and insisted there were no ongoing plans to meet with OPEC or cut production as of Thursday last week.

However, it seems President Trump’s tweets on Thursday forced the two nations to once again established communication and fixed today Monday 6th for the first virtual meeting before moving it to April 9th due to the tension between the two nations. Indicating President Trump is forcing the two to announce a deal to moderate global risks given the current uncertainty.

“It’s probably going to crater,” Again Capital’s John Kilduff said of oil. “There was a lot of optimism priced into oil Thursday and Friday. With this new Saudi, Russia spat, it doesn’t look like it’s going to come together.”

A move a lot suspected was to protect its ability to finance the 2020 budget amid slowing global economy.

“I think the whole market understands that this deal is important and it will bring lots of stability, so much important stability to the market, and we are very close,” Kirill Dmitriev of the Russian Direct Investment Fund told CNBC’s “Capital Connection” on Monday. 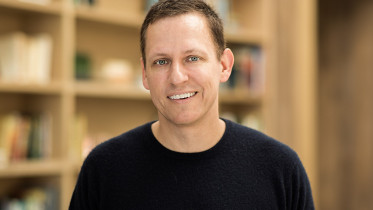 Peter Thiel Sells 73% of His Remaining Stake in Facebook Billionaire Peter Thiel, an early investor in Facebook Inc., sold 73 percent of his stake…