Crude prices rallied for the second day in a row yesterday, as appetite for riskier assets improved after a speech by Chinese President Xi Jinping eased concerns about a trade conflict between the United States and China.

Speaking at the Boao Forum for Asia, Xi said that China would lower import tariffs on vehicles, encourage imports and strengthen the protection of intellectual property.

The remarks helped soothe investor jitters over the ongoing tit-for-tat tariff dispute between the U.S. and China, which investors had feared might escalate into a full-blown trade war between the world’s two largest economies.

Oil prices have scored gains of nearly five per cent in the last two sessions, recovering much of what they lost last week when the U.S.’s decision to slap China with tariffs on $50 billion worth of gold sent crude on a dive to a two-week low.

Market players now looked ahead to fresh data on U.S. commercial crude inventories to gauge the strength of demand in the world’s largest oil consumer and how fast output levels will continue to rise.

Industry group the American Petroleum Institute is due to release its weekly report yesterday. Official data from the Energy Information Administration will be released today, amid forecasts for an oil-stock gain of around 0.2 million barrels.

OPEC and other producers, including Russia, agreed to cut output by about 1.8 million barrels per day (bpd) in November last year to slash global inventories to the five year-average. The arrangement is set to expire at the end of 2018, though Saudi Arabia pledged two weeks ago that it was intent on extending the supply curb into next year.

Traders will receive the latest evaluation of just how well OPEC is sticking to the agreement when the cartel’s monthly report is released on Wednesday.

The market is also keeping an eye on developments out of Syria. U.S. President Donald Trump promised a “major response” within 24 to 48 hours to an alleged chemical attack in Syria, which he said could be the work of the Syrian government, Iran, Russia or all three.

Nigeria’s Crude Production to Drop by 43,775 Barrels Next Year 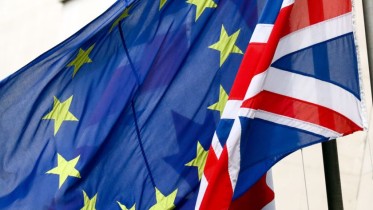