The Friday pullback will put an end to the longest run of weekly gains in years if sustained next week.

In an effort to compel Iran to the table for renegotiation of the agreed nuclear deal signed by President Obama and other world powers in 2015, President Trump promised to remove Iranian waivers next month

The administration promised to bring Iranian exports to zero by not renewing the waivers given to eight countries to import crude oil from the embattled nation when they expire on May 2nd.

“The end of the U.S. waivers on Iran exports will be offset by higher core-OPEC and Russia and as a result we do not expect further price upside, even if volatility is likely to increase in coming months,” U.S. bank Goldman Sachs said. 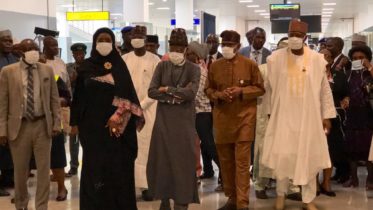 COVID-19: FG Tracing 4,370 Suspected Contacts as Cases Surges As the total number of confirmed cases surged to 65 in Nigeria, the Federal Government has…