Oil price dropped below Federal Government’s $60 per barrel benchmark for the 2019 budget.

Brent crude, against which Nigeria’s crude oil is priced, rose from $60.77 a barrel it closed in the week ended September 11, 2019 to $69.64 a barrel on September 16 after Saudi Aramco was attacked by Yemeni rebels.

The Iran-backed Houthi erased about 5.7 million barrels per day (mbpd) in Saudi Arabia’s crude oil production, leading to oil experts projecting a continuous increase in oil price as they doubted Saudi’s ability to resume full production in the near-term.

The world’s largest crude oil exporter, however, assured the market of its ability to restore production back to full capacity as early as the end of September and promised to increase it from the preattack level of 9.8 mbpd to about 11 mbpd in October, none of which has happened.

On Tuesday, during the Asian trading session, Brent crude declined to $58.83 a barrel, below Federal Government’s $60 per day stipulated in 2019 budget.

Oil has now erased the almost 20 per cent jump in price recorded in September as global growth continues to weigh on commodity prices despite Saudi Arabia reassurance.

While lower prices would help consumer spending and savings in most economies, analysts said weak global growth would offset some of those gains.

In Nigeria, the case is different as budget deficit would surge, compelling Federal Government to take more loan to fund its over N8 trillion 2019 budget.

Accordingly, foreign revenue generation would drop and subsequently impact the central bank’s ability to intervene in the foreign exchange section of the economy or support the struggling local currency.

Still, the cost of subsidizing fuel for the Nigerian people would drop with a fall in oil price.

According to the former Minister of State for Petroleum, Dr Ibe Kachikwu, Nigeria spends N1.86 billion on fuel subsidy per day.

While the Petroleum Products Pricing Regulatory Agency (PPPRA) disclosed that the nation’s daily consumption rose by 2 million litres in 2019 to 56 million. A number disputed by most experts and of recent, Mr Femi Falan, a human rights lawyer, had requested for details of fuel imports.

Falana, in letter to the Nigerian National Petroleum Corporation last year, stated that the corporation had put the nation’s daily consumption at 28 million litres and subsidy cost at N726 million per day (N261.4 billion per annum) in 2017 but barely a year later the corporation claimed daily consumption had surged to over 50 million litres and that $5.8 billion or N1.7 trillion was spent on fuel importation between January and February 2018.

He said a few months later, Kachikwu claimed it has jumped again to almost 60 million litres.

“In December 2017, the management of the NNPC disclosed that the nation’s consumption rate of fuel was 28 million litres per day and that subsidy cost was N726m per day, i.e., N261.4bn per annum. But on March 5, 2018, the Group Managing Director of the NNPC, Dr Maikanti Baru, claimed that the figure had metamorphosed to 50 million litres per day and that the NNPC had spent $5.8bn (N1.7tn) on fuel importation in January and February 2018,” Falana stated. 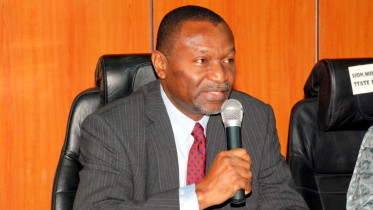