Will Nigeria and Libya continue to enjoy their exemption from the oil production cut deal? Or, will the two members of the Organisation of Petroleum Exporting Countries (OPEC) be asked to seal their production quotas? They are to know their fate soon.

Both countries were on November 30, last year, exempted from the oil production cut deal with non-OPEC countries. The implementation of the decision began on January 1, this year. Nigeria and Libya have been invited to participate in the producer group’s latest ministerial committee meeting scheduled for September 22.

The two countries have been invited to the meeting billed for Vienna, Austria for a review of the latest developments in their oil sectors, Kuwait’s OPEC Governor Haitham al-Ghais told Al-Rai newspaper.

Going by the account of the Minister of State for Petroleum Resources, Dr. Emmanuel Ibe Kachikwu, Nigeria’s oil production, including crude oil and condensates, is between 2.2 million and 2.3 million barrels per day (bpd). Ccondensates, according to him, accounts for about 300,000bpd to 400,000 bpd.

The latest S&P Global Platts OPEC survey in Bloomberg report said the Libyan output recovered to reach an average of 990,000 bpd in July, its highest level in three years up from 180,000 b/d in June.

OPEC is expected to consult with Nigeria and Libya to identify their plans, Ghais said. The group will hold a technical committee meeting on September 20, looking at the continued effects of the United States (U.S.) shale oil on the global market and the impact of Hurricane Harvey.

Ghais said: “The amount of production affected by the hurricane is estimated at 700,000bpd, which may strengthen the status of the market.”

He added that U.S. production had increased by 500,000bpd so far this year, compared to last year’s.

The September 20 meeting will be followed by another meeting on September 22, where a committee overseeing the deal, composed of oil ministers from Kuwait, Russia, Venezuela, Algeria, Oman and Saudi Arabia.

According to Platts, Saudi Arabia and Russia are seeking to extend the deal for a further three months to June, to demonstrate their commitment to market management and dampen fears that the producers will return to a market-share battle as soon as the deal expires.

But there indications that Libya and Nigeria may be asked to cap their crude oil productions at the meeting.

The two African nations were invited to the committee meeting in St. Petersburg, Russia, on July 24, to discuss the stability of their production. Kuwait Oil Minister, Issam Almarzooq, hinted that the decision would be in an effort to help rebalance the oil market.

Almarzooq, the Chairman of the Committee monitoring the compliance of OPEC and non-OPEC suppliers with output cuts, confirmed this in an interview with a news agency in Istanbul, Turkey.

“We invited them to discuss the situation of their production. If they are able to stabilise their production at current levels, we will ask them to cap as soon as possible. We don’t need to wait until the November meeting to do that”, Almarzooq said, in reference OPEC’s upcoming meeting scheduled for November 30.

Nigeria and Libya were exempted from the cuts due to disruptions of oil production by militants in the Niger Delta. The agitations of the restive militants and the internal crisis in Libya, led to serious drop in oil output in both countries.

However, productions have improved following negotiations with leaders from the region. The Pan Niger Delta Development Foundation (PANDEF) has been negotiating with the Federal Government as part of efforts to restore peace to the oil producing region.

In Libya, the oil output has climbed to more than one million barrels a day for the first time in four years, while Nigeria’s production rose by 50,000 barrels a day in June, according to the Bloomberg survey.

Abdulsamad Al-Awadhi, a London-based analyst and Kuwait’s former representative to OPEC, said capping Libya and Nigeria might help but would not cut the supply by much.

Al-Awadhi: “OPEC needs to have better compliance, and it must respect the right of Libya and Nigeria to go back to the market.

“Other countries that raised output while Libya and Nigeria are out should do more and give space to these two countries to go back to the market.”

The decision to grant Libya and Nigeria exemptions to production cuts was a collective decision, and any proposal to include them in OPEC’s plans will also require a joint decision, Secretary-General Mohammed Barkindo told reporters at an event in Istanbul.

OPEC oil output rose in June by 280,000bpd to a 2017 high, a Reuters survey showed, which was due to further recovery in supply from the two member countries’ exclusion from a production cut deal.

High compliance by Gulf producers, Saudi Arabia and Kuwait, helped keep OPEC’s adherence with its supply curbs at a historically high 92 per cent in June, compared to 95 per cent in May, the survey discovered.

But extra oil from Nigeria and Libya, exempted from the cut because conflict curbed their output, means supply by the 13 OPEC members originally part of the deal has risen far above their implied production target.

The recovery adds to the challenge the OPEC-led effort to support the market is facing from a persistent inventory glut. If the recovery lasts, calls could grow within OPEC for the exempt countries to be brought into the production deal.

“The rise in OPEC production will further delay the point at which balance is restored on the oil market,” said Carsten Fritsch, an analyst at Commerzbank in Frankfurt.

OPEC and non-OPEC members agreed to cut oil production at its meeting in Vienna, Austria on November 30 last year. This was fallout of an agreement by OPEC members at a meeting in Algiers, Algeria on September 28 to limit supply with special conditions given to Libya, Nigeria and Iran, whose output has been hit by wars and sanctions. The agreement was tagged ‘Algiers Accord.’ The production cut agreement, which began January 1, calls on OPEC’s 14 members along with 10 non-OPEC countries, led by Russia, to cut a combined 1.8 million bpd in output through March.

With the production cut, oil prices spiked above $50 per barrel but within the past few months, prices had slipped below $50 per barrel due to market oversupply and increased output from U.S.’ shale.

OPEC oil output in July rose by 90,000 bpd to a 2017 high, a Reuters’ survey showed. The rise was due to a further recovery in supply from Libya. A dip in supply from Saudi Arabia and lower Angolan exports, however, helped to boost OPEC’s adherence to its supply curbs to 84 per cent. While this is up from a revised 77 per cent in June, compliance in both months has fallen from levels above 90 percent earlier in the year.

According to the Head, Energy Research Desk of Ecobank Group, Mr. Dolapo Oni, the production cut deal has advantage and disadvantage.

Be the first to comment on "Oil Exemption: Nigeria, Libya Know Fate Soon" 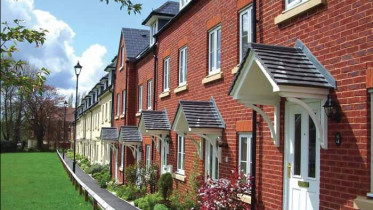