In an effort to protect Nigerian workers, the Federal Government has reviewed the Regulation of the Petroleum (Drilling and Production) ACT to curb intermittent layoffs in the oil and gas industry.

President Muhammadu Buhari is also the Minister of Petroleum Resources.

According to the DPR, failure to comply with the directive will attract $250,000 fine. In addition, DPR could withdraw any permit, licence or lease granted to that company.

The regulation states that “the holder of an oil mining lease, licence or permit issued under the Petroleum Act 1969 or under regulations made thereunder or any person registered to provide any services in relation thereto, shall not remove any worker from his employment except in accordance with guidelines that may be specified from time to time by the Minister.”

While, legal experts have said oil companies could challenge the new directive as it violates their agreement with the government, however, “Government will argue that the purpose is to enhance local content but Nigeria risks violating terms of multilateral contracts and treaties it signed with other countries,” said Ayodele Oni, an energy lawyer and partner at Lagos-based Bloomfield Law firm.

The amendment mandated employers in the oil and gas industry who wishes to let go an employee to apply “in writing to the Director for the Minister’s approval stating the manner of staff release, the reasons for the proposed release, the compensation due to the worker, and any proposed replacement for the worker.”

It also stated that an employer shall only be required to notify President Buhari through the DPR where worker’s release occurs by way of voluntary retirement, resignation, death and abandonment of duty post. But “where the Worker’s release is by involuntary retirement, dismissal, termination, redundancy or on medical grounds, the DPR shall conduct an inquiry into the circumstances of the proposed staff release and make a decision on whether to convey the Minister’s approval or otherwise”.

Nigerians to Pay More for Electricity Despite COVID-19 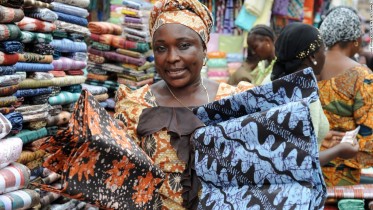 MTN to go Ahead With Nigeria Listing