Determined to put an end to the incessant power outage experienced at the state secretariat and other government establishments, the Ogun State Government is soon to commission a 10 mega watt mini power plant, located at Onijoganjogan, Ewekoro Local Government Area of the state.

The Commissioner for Works and Infrastructure, Olamilekan Adegbite, who disclosed in Abeokuta, said the project, when completed, would in addition to boost power supply to government establishments also power street lights in the state.

The plant, he added, will serve government establishments, like quarters, hospitals, model schools, secretariat and the powering of street lights.

He revealed that the old mini power plant was installed before the inception of the present administration in 2011, explaining that it had three mega watt and could only serve five hours.

Adegbite promised that a similar power plant would also be established at other major cities in the state, noting that the project is a Public Private Partnership (PPP) with a legislation to back up its sustainability.

“We are not replacing IBDEC, there is room for captive generation. We are generating for ourselves in a more sustainable manner and that is what we are doing,’’ the commissioner said. 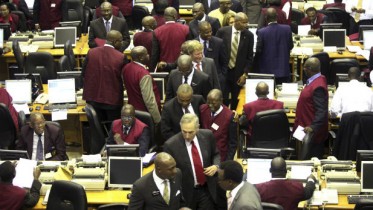 NSE: Shares Dip by 53.84% in Oct. The total volume of shares traded on the Nigerian Stock Exchange (NSE) in the month of October dipped…