The Nigerian National Petroleum Corporation (NNPC) yesterday said there was no need for any increase the pump price of petrol from its present N145 per litre.

He categorically insisted that the Federal Government was no longer subsidising petrol.

Asked to react to newspapers report that the N145 per litre was no longer sustainable, he said: “I have read the reports but the statement was made in the context of technical and logistics issues.

“The bottomline, regardless of what they (reports) are saying is that there is no plan whatsoever by government to increase fuel price above the N145 margin.

“If there is going to be anything like that, the agency responsible for price review would definitely sensitise Nigerians and explain why (there will be need to do so). But as at this moment, there is no plan to do that and and there is no need to do that.”

Stressing that the corporation has sufficient stock of product in its custody, he said the state-run oil firm has a procurement contracts for supply of product beyond the ember months.

He said the NNPC in the last two weeks opened a new window for marketers to import products to foreclose inability to access foreign exchange which has been the major complaint.

He said supply has already outweighed demand for petrol in petrol stations.

He said: “There have been complaints and their complaints have been addressed to their satisfaction. A new window has been opened for them and in fact, what is happening now is that we are waiting for them to deliver. A new window to make forex available for them has been opened and they are satisfied with it. We are waiting for them to deliver on their own promises.

Be the first to comment on "No Increase in Petrol Price, Says NNPC" 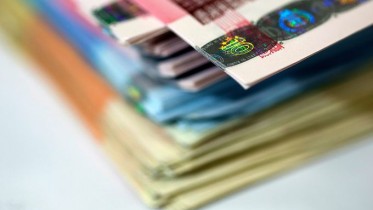