The Nigerian National Petroleum Corporation on Wednesday announced its desire to invest in the telecommunications and shipping sectors.

It stated that it already had investments in the health sector, adding that its desire to expand to other sectors was due to the volatility in crude oil prices in the international market and the need to seek a fortune in non-core oil industry so as to stay afloat.

In a statement issued by the Group General Manager, Group Public Affairs Division, NNPC. Mr. Ndu Ughamadu, the national oil firm stated that it had also established contacts with some Chinese investors to work with it in research and development ventures.

The Chief Operating Officer, NNPC Ventures, Dr. Babatunde Adeniran, was quoted as noting that the response from the Chinese prospects had been favourable.

Adeniran said in addition to the Chinese, who were being invited to partner the NNPC in research and development, the corporation had also sent invitations to American investors.

He said there had been low investments in research and development in sub-Sahara Africa, necessitating the corporation’s commitment to key in so as to maximise available opportunities in the sub-sector.

Adeniran outlined other non-core oil and gas sectors that were of interest to the NNPC as health care, shipping and telecommunications.

He stated that the corporation had 52 clinics across the country, an investment that he observed fewer establishments could boast of.

“The NNPC Medical is already talking to top class medical centres across the world for partnership. Billions of dollars go into medical tourism in Nigeria yearly. The NNPC is poised to take advantage of the gaps in health care delivery in Nigeria,” he stated.

From 2014 to 2016, the global oil and gas industry witnessed a crash in crude oil prices, a development that resulted in more than 25 per cent drop in spending on exploration and production activities.

Be the first to comment on "NNPC to Invest in Shipping, Telecoms" 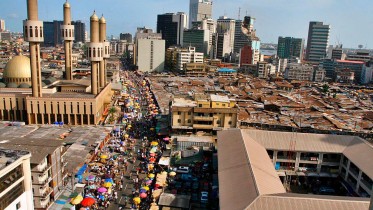