The Nigerian National Petroleum Corporation recorded a total loss of N127.73bn between January and August this year, its latest group financial report released on Wednesday showed.

The report for the month of August, however, indicated that the national oil firm reduced its losses to N11.22bn in the month compared to the N24.18bn recorded in July.

It further revealed that pipeline vandalism in the country was reducing following the Federal Government and the NNPC’s sustained engagements with the Niger Delta militants.

It added that the largest single loss of N76.33bn came from the corporation’s headquarters during the eight-month period, adding that the total loss by the country’s refineries during the same period was N48.69bn.

The report showed that from January to August, the NNPC recorded a total expense of N1.14tn, against a total revenue of N1.02tn.

On the improvement in August, the corporation explained that it was largely due to the increase in Pipelines and Products Marketing Company’s coastal sales and the significant improvement in the Nigerian Petroleum Development Company’s revenue for the month.

The NNPC said in July, crude oil production stood at 1.65 million barrels per day, adding that this was a 6.47 per cent decrease relative to June and 22.43 per cent lower than the July 2015 performance.

“The shrinkage in the July production is due to subsisting force majeure at the Forcados terminal, which accounts for 300,000bpd. Other factors that negatively impacted on production include the force majeure at the Que Iboe terminal following sabotage on the export loading line 2, sabotage of the Trans Niger Pipeline, Claugh Creek-Tebidaba pipeline and Escravos terminal delivery pipelines,” the corporation said.

It stated that production from the deep water assets, which are beyond easy reach by militants, remained steady.

Be the first to comment on "NNPC Posts N127.73bn Loss in Eight Months" 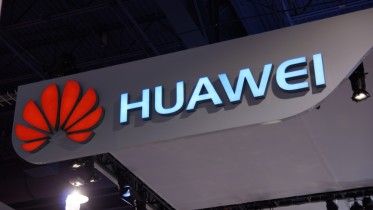 FG to Save N91bn Annually from $3bn Debt – Adeosun