The Nigerian National Petroleum Corporation on Tuesday said it planned to drill four oil wells each in Chad and Gongola Basins.

Speaking on the oil firm’s Chad Basin exploration activities, the Group Managing Director, NNPC, Maikanti Baru, said the corporation planned to drill four wells in areas that it had acquired 1,961 square kilometres of 3D seismic data out of the planned 3,550 square kilometres.

He stated that the NNPC would be going into the deeper Maiduguri sub-basin to acquire more 3D seismic data as soon as normalcy returns to the Chad Basin.

Baru was quoted in a statement by the corporation’s spokesperson, Ndu Ughamadu, as saying, “While waiting for normalcy to return to the Chad Basin, we have stepped up efforts in the lower Benue Trough. So far, we have acquired 20km of 2D data out of the planned 455km 2D seismic data.”

On the Gongola Basin, the NNPC boss said four wells were also being planned for drilling to further test the prospects identified around the Kolmani River-1, Nasara-1 and Kuzari-1 in 2018.

Baru also expressed the oil firm’s readiness to collaborate with the Nigerian Mining and Geosciences Society towards growing the nation’s abundant hydrocarbon reserves.

According to the statement, Baru stated these shortly after being conferred with the honorary Fellowship of the society in Kano on Tuesday.

“The NNPC pledges to continue to work with you and every willing partner in the search for more hydrocarbon deposits in the country,” he said.

He stated that it was in line with this collaboration that the corporation developed a strategy involving various geoscience departments in the country’s tertiary institutions, which culminated in the renewed search for hydrocarbon deposits in the inland basins.

“Our search is primarily targeted at increasing the hydrocarbon reserves of the country and also to harness these resources, which may be in other parts of the country,” Baru added.

He said last year’s unfortunate incident that claimed the lives of some University of Maiduguri workers working on the Chad Basin exploration as well as the loss of one of the corporation’s employees working on the Benue Trough exploration was saddening.

Be the first to comment on "NNPC to drill eight oil wells in Chad, Gongola Basins" 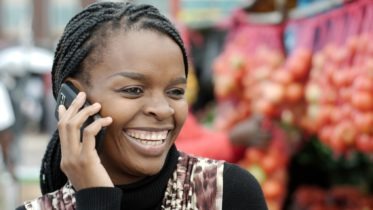