The Nigerian National Petroleum Commission (NNPC) supplied a total of 19,437,894,096.66 litres of petroleum products into the Nigerian downstream sector through its Direct Sales Direct Purchase (DSDP) programme between November 2017 and November 2018, a period of 13 months.

This was contained in the November 2018 edition of the corporation’s monthly operations and financial report posted on its website.

In October 2018, as regards to crude oil lifted for the use in DSDP, the statement noted that 8,514,146 barrels of crude oil were lifted for domestic utilization, translating to an average volume of 274,649.87 barrels of oil per day in terms of performance.

Again, the statement released by the NNPC disclosed that in order to meet the domestic product supply requirement for the month of October 2018, about 8,514,146 barrels were processed under the DSDP programme, adding that no barrel of crude oil was delivered to the domestic refineries for processing within the period. 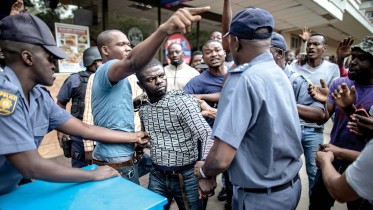 South Africa: Nigerian Killed for Not Know Where Weed is Sold

South Africa: Nigerian Killed for Not Know Where Weed is Sold A Nigerian citizen, Tony Elochukwu, was shot twice in a restaurant in South Africa…