The House of Representatives believes that the Nigerian National Petroleum Corporation did not remit a total of $81.2bn crude oil proceeds to the Federation Account in four years.

Its ad hoc committee, which is investigating the alleged export of $17bn worth of undeclared crude oil and gas resources, has demanded explanations from the corporation.

Our correspondent gathered on Monday that the committee, which is chaired by a member of the All Progressives Congress from Adamawa State, Mr. Abdulrazak Namdas, had analysed documents from various sources, including the Nigerian Extractive Industries Transparency Initiative, Central Bank of Nigeria, Department of Petroleum Resources and the NNPC itself before coming to the conclusion.

In its set of questions sent to the NNPC, a copy of which was obtained exclusively in Abuja, the committee noted that the total receipts from crude proceeds for the four years tallied at $123.9bn.

However, lawmakers found out that the NNPC remitted only $42.7bn to the Federation Account, “giving a frightening shortfall of $81.2bn.”

But, the committee said the corporation declared only $42.7bn, a figure which was confirmed by the CBN.

“The committee’s worries are anchored on the fact that out of the expected receipt of $123.9bn, the CBN confirmed a total receipt of only $42.7bn, giving a shortfall of $81.2bn,” the document stated.

In addition, the NNPC was asked to explain the conflicting reports by the corporation and the DPR on crude lifting from Pennington in 2011.

“The committee wants you (NNPC) to prove how the sale of 991.4 million barrels of crude oil was consummated,” the document added.

The corporation was further directed to provide answers to the queries within one week.

The committee is investigating allegations that major government agencies colluded with International Oil Companies to short-change Nigeria in the crude and gas exports deals.

The House had by its resolution in December 2016, ordered the probe after lawmakers established evidence of fraudulent transactions and irregularities in crude and gas exports within the period under review.

Information at the disposal of the committee put the figure of undeclared crude shortfalls between 2011 and 2014 at 57,830,000 barrels.

“This translates to well over $12bn worth of crude shipped to the United States. Also, over $3bn worth was shipped to China and $839,522,600 worth of crude was taken to Norway. These figures were conclusively ascertained by buyers, bills of lading, arrival dates, destination ports, quantity of crude oil and other documented information,” the document stated.

The US was listed as the leading destination for the crude out of the 51 countries that received crude exports from Nigeria within the period.

“The report was made available to the former President; Office of the Attorney General of the Federation; Nigeria Maritime Administration and Safety Agency; and the Economic and Financial Crimes Commission, and that as of today (2016), the country has to its credit over $17bn of recoverable shortfalls from undeclared crude oil exports to global destination,” it added.

In the case of liquefied natural gas shortfalls, the document noted a loss of 727,460 metric tonnes, estimated at about $461.04bn, firmly established shortfall from shipment to seven countries.

“These have been established as undeclared cargoes,” the committee stated in the document.

The committee named many IOCs for questioning over their alleged roles in the transactions.

Several of the IOCs have already appeared before the committee to explain their level of involvement in the deals. 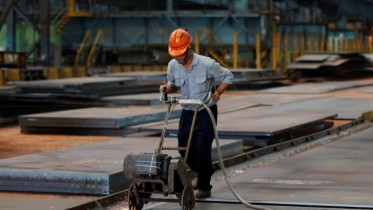