NAHCO and SAHCO handle about 95 percent of all export and import cargoes through Nigerian airports. Therefore, this report is based on the data collected from the two companies.

Experts in the industry attributed the increase to the stability in the foreign exchange market during the first part of the year. Businesses were able to up import materials due to improved access to foreign exchange.

“Since the introduction of investors and exporters window last two years, there has been stability in foreign exchange rate,” a source at Customs said.

Exports through the two companies fell by 25 percent from 5,524,953.1kg in 2018 to 4,116,243.1kg in the first half of 2019, suggesting that government efforts at encouraging local production have not started yielding results as expected.

According to Emeka Enenanah, head of operations, NAHCO “exporters are majorly small scale business owners and farmers which constitute small players in the economy. This is rainy season and farmers are just harvesting now, so in the next two or three months we expect exports to pick up because Nigerians export mostly agro products.”

In April, Godwin Emefiele, governor of the Central Bank of Nigeria, said the country has recorded a total forex inflow of $35 billion through the autonomous I&E Window alone in the last 24 months.

Therefore, because foreign reserves pressure was greatly reduced, the Central Bank was able to maintain Naira’s stability across all foreign exchange window. 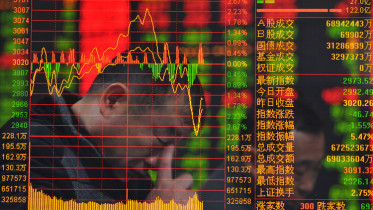 Asian Stocks Back at Decade High After U.S. Jobs