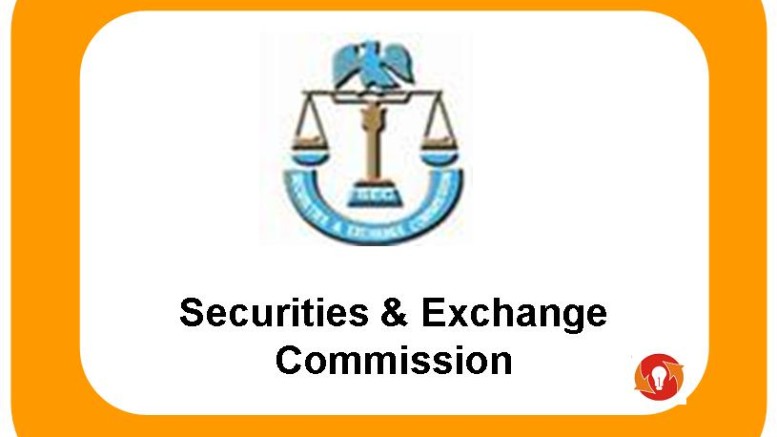 The Securities and Exchange Commission (SEC) on Sunday said that the total value of issuances in the Nigerian capital market amounted to N1.55 trillion in September.

Dr Abdul Zubair, SEC Acting Director-General, made the disclosure at the 2017 annual conference of Capital Market Correspondents Association of Nigeria (CAMCAN) in Lagos.

Zubair said that the issuances included equities, bonds and unlisted securities among others.

Zubair said that the equities accounted for 12 per cent of the total value of issuances in the market during the period.

He said that the secondary market total equities transactions appreciated by 78.6 per cent to N1.66 trillion between 2016 and September 2017.

The acting director-general said that foreign transactions increased by 47.31 per cent during the period.

He added that the Nigerian Stock Exchange (NSE) All-Share Index had returned 47.11 per cent as at Dec. 7, showing a remarkable recovery.

On the theme, “Deepening the Nation’s Capital Market for Economic Growth’’, Zubair said that the commission had designed and implemented laudable programmes to create more awareness and further deepen the market.

He said that SEC joined its counterparts all over the world to mark the IOSCO World Investors Week in Abuja and Lagos, bringing together stakeholders, investors and students to promote financial inclusion.

According to him, an ivestor education portal dedicated to educate investors on financial literacy and activities of the capital market has been designed and contents uploaded to deepen market participation.

Zubair said that the portal would soon be launched to become accessible to all market participants.

He, however, assured the investing public and stakeholders of its commitment of ensuring an uninterrupted and orderly operation of the market and regulations.

Zubair said that the commission would continue to ensure market efficiency, accountability and transparency in the capital market.

He enjoined the media to continue to support the commission in disseminating information about the capital market.

“The commission is poised to continue to ensure the stability of the Nigerian capital market and maintain the high level of investor confidence observed in the market,’’ Zubair said.

He said that SEC set up and inaugurated the board of the National Investor Protection Fund (NIPF) to restore investor confidence in the market, noting that hundreds of investors till date had benefited from the fund.

“It will be recalled that from a peak of N12.6 trillion in March 2008, the stock market suffered a setback arising from the global financial crisis, plummeting to N7.3trillion by December of that year.

“Retail investors became apathetic to investment in the capital market. In order to restore their confidence, the National Investor Protection Fund was set and inaugurated by the SEC board.

“To date, hundreds of investors have benefited from the fund, which enabled them to get protection in the event the crash,’’ he said.

There are a host of other measures the commission is pursuing to develop the capital market in a bid to make the dream of making the market the most developed in Africa by 2025 a reality.

The Coward Generation of The Federal Republic of Nigeria (CGFRN)

Be the first to comment on "Nigerian Capital Market Issuances Hit N1.55trn in September – SEC"