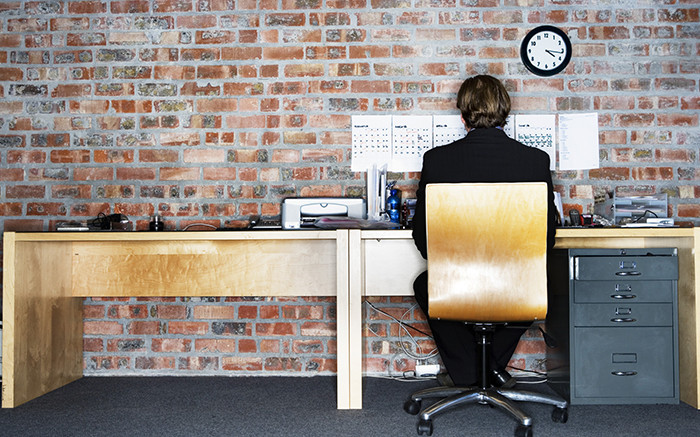 Businessman Working at His Desk

The year 2017 was eventful for the Nigerian small business sector. The sector emerged as one of the hottest for investors. Leading venture capital firms evaluated several start-ups. Many secured seed funding in Africa and attracted increased international support. The space saw a significant investment of over $ 200 million spread across small businesses and projects. The general trend was that the seed/angel rounds got bigger.

During the year, many startups get more than $ 50,000 investment.

Another start up, online travel agency, Travel beta raised $2 million seed funding from a group of Nigerian Investors barely six weeks after the company was launched on October 1.

Three Nigerian start-ups secured $450,000 funding from 500 Startups. The tech start-ups, which include Mail Haven, Mobile Forms and Fyodor Biotechnologies, were part of the 36 companies drawn from across the world.

Digital and crowd-funded agriculture platform, FarmCrowdy announced raising $1m seed fund, barely a year after it launched, from Techstars and other international investors.

FarmCrowdy was the first and only African startup to be shortlisted into Techstars Atlanta’s accelerator programme in August. The seed fund will allow the award-winning startup to scale its operations with plans to expand to combined 20 states, work with 4,000 additional small-scale farmers and engage a combined 20,000 new farm followers and farm sponsors on its platform to learn about the opportunities in agriculture and partner farmers.

Founded in 1999, TLcom Capital has invested in targeted businesses, which address technological issues in either large established global markets, or in the development of emerging markets with the potential for a global scale.

During the year, former country Manager of Starta, Yele Bademosi established Microtraction to invest early in the most remarkable technical founders as well as provide support to build world-class startups.

Microtraction commited $65,000 at two different stages to recipient startups, an initial tranche of $15,000 for 7.5 per cent equity stake, followed by an extra $50,000 (convertible note) at a $1 million valuation cap for companies that showed significant progress.

Also, a venture capital firm, LoftyInc Capital Management announced the close of its Afropreneur Fund 1 and the launch of a new $25 million Afropreneur Fund II. LoftyInc Capital said the new fund will focus on early-stage enterprises that leverage technologies to create social impact and tackle big problems. The launch of the new fund was announced at Africa Diaspora Network’s Annual Investment Symposium in Silicon Valley.

“The key goal of the Afropreneur Funds is to leverage these investments for social impact, contributing as much to social change and impact as to the bottom-line, lifting millions out of poverty, illiteracy, sickness and unemployment,” the firm said. LoftyInc Capital Management (LCM) is an initiative of Idris Bello and partners.

During the year also, Meltwater Entrepreneurial School of Technology (MEST) brought valuable experience and network apart from the financial support to the start-up community. MEST, a not-for-profit organisation that invests in and trains African Entrepreneurs, with the aim to create next tech entrepreneurs and provide jobs for the continent, provides funding, space and expertise.

It also powers a cluster of innovation networks for startups in Lagos. Headquartered in Accra, Ghana, MEST has invested $20 million since opening its doors in 2008 to aspiring African entrepreneurs and has gone to recruit talents from not only Ghana, but Nigeria, Kenya, South Africa and Cote D’ivoire.

The Federal Government through the Information and Culture Minister, Lai Mohammed, established a $1 million venture capital to boost the creative Industry.

He announced this in Lagos at the opening of a two-day Creative Industry Financing Conference, saying 20 individuals, each investing $50,000, are expected to help make up the required amount. So far, he said, five people had volunteered to invest $50,000 each and expressed the optimism that more investors would come forward.

The Venture Capital, according to him, would provide seed money for young and talented Nigerians to set up businesses in the creative industry. He said Nigeria’s creative industry needs to be taken into a golden era of smooth access to short and long term financing.

The governor, who presented the cheques to the beneficiaries at the blue roof Lagos Television (LTV) Agidingbi, said the initiative was geared towards providing funds for entrepreneurs, artisans and traders among others, to help boost their business and tackle unemployment challenges in the state.

The governor in January had presented cheques totaling about N1 billion to 705 beneficiaries, who were selected after scaling through a transparent screening process in the pilot phase.

To experts, the Nigerian startup ecosystem has definitely taken off. It has been driven by increased international funding, evolving technology space and a burgeoning demand within the domestic market.

Lagos State Commissioner for Wealth Creation and Employment, Babatunde Durosinmi-Etti said the state is building an ecosystem with significant improvements in ease of doing business, liberalisation in taxation policies and simplification of regulatory procedures.

He reiterated that Lagos’s economic future lay in encouraging startups, which will bring dynamism, new thinking and create jobs for the economy.

Growing interest in Nigeria globally has led to foreign companies and funds such as Alibaba (China), showing interest in new generation entrepreneurs. The Global Startup Ecosystem Report and Ranking 2017, produced by Startup Genome in collaboration with the Global Entrepreneurship Network (GEN), noted that at $2 billion, the Lagos startup ecosystem is the most valuable in Africa continent, but only second after Cape Town in terms of the number of startups.

The study said Lagos ecosystem has the ninth highest rate of founders with an undergraduate degree at 59 per cent, while 93 per cent of them have a technical background, the third highest rate in the world.

However, Lagos startups have one of the lowest rates of foreign customers, suggesting challenges to going global. Only 11 per cent of startups plan to go global.

“While Nigeria is busy adding six million new internet users every year, the feverish entrepreneurial energy of Lagos and its estimated 400-700 active startups stayed consistent by providing them with useful new technologies,” the report said. 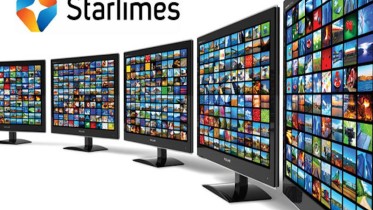 StarTimes, Remita Collaborate on Subscription Payment StarTimes Nigeria has introduced Remita, a local electronic payment solution, to its customers as the easier, faster and more…