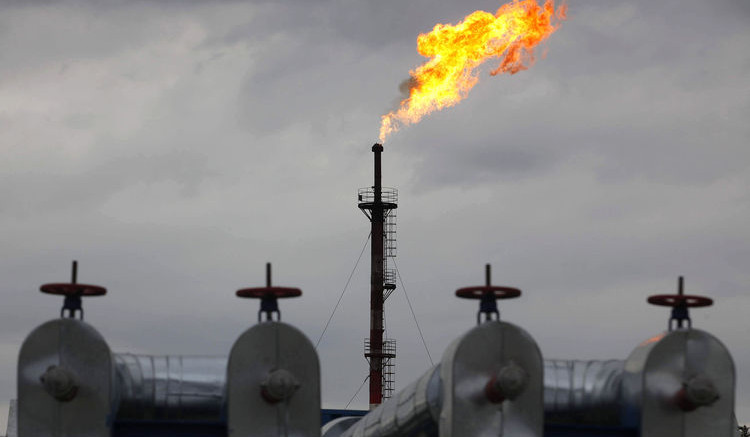 A gas flare burns at the central processing plant for oil and gas in the Salym oilfields near Surgut, Russia. Photographer: Alexander Zemlianichenko Jr.

Oil and gas firms operating in the country flared a total of 215.9 billion standard cubic feet of natural gas in the first nine months of last year, amounting to a potential loss of N197bn.

Data obtained by our correspondent from the Nigerian National Petroleum Corporation showed that 31.68 billion scf of gas was flared in January; 27.25 billion scf, in February; and 26.88 billion scf in March, and 23.06 billion scf in April.

It said, “This translates to a total supply of 1,011.96 mmscfd of gas to the domestic market and 3,724.26 mmscfd of gas supplied to the export market for the month.

“This implies that 59.47 per cent of the average daily gas produced was commercialised while the balance of 40.53 per cent was re-injected, used as upstream fuel gas or flared. Gas flare rate was 8.60 per cent for the month under review i.e. 684.69mmscfd compared with average gas flare rate of 10.17 per cent i.e. 800.59mmscfd for the period September 2017 to September 2018.”