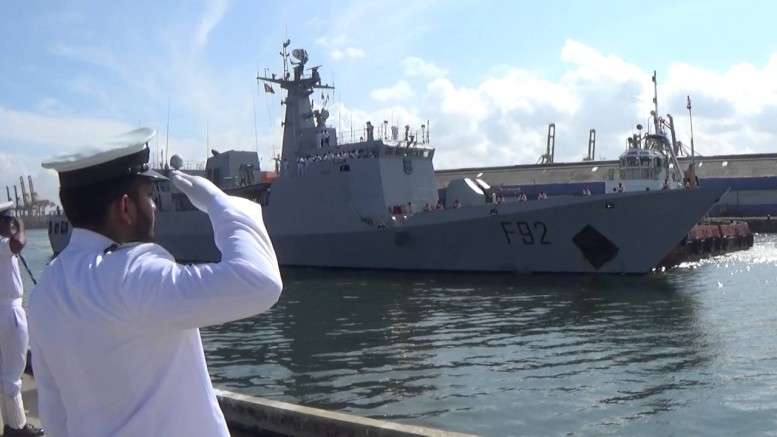 Nigerian Naval Ship “Unity” arrives at the Port of Colombo

This is contained in a statement signed by Navy Director of Information, Commodore Christian Ezekobe, and made available to newsmen on Friday in Abuja.

According to Ezekobe, the ship, which departed China on Sept. 15, berthed at the NN Dockyard Jetty, on Friday at about 2:10 p.m.

He said that the ship was escorted into harbour by two locally constructed Seaward Defence Boats (SDBs) NNS ANDONI and NNS KARADUWA as well as TUG CDR UGWU.

The Navy spokesman said that the ship was received by the Chief of the Naval Staff, Vice Adm. Ibok-Ete Ibas, and officials of the Chinese embassy in Lagos.

Ezekobe also said that the ship, while on its homeward voyage, made port calls at the ports of five countries in Asia and Africa.

These countries include: Port of Klang in Malaysia, Port of Colombo in Sri Lanka, Port Lious in Mauritius, Simons Town Port in South Africa and finally Port of Luanda in Angola.

The News Agency of Nigeria (NAN) recalls that NNS CENTENARY, a sister ship of the same class, was the first to be constructed by CSOIL.

NAN also reports that NNS UNITY, being the second, was built for high endurance capability at sea which made it an ideal platform for Naval operations.

Be the first to comment on "Nigeria Acquires New War Ship" 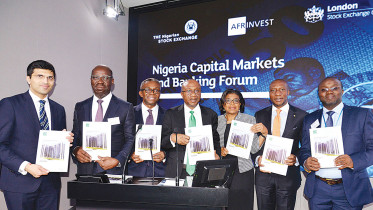