The National Information Technology Development Agency is developing a new standard for information technology audit for Ministries, Agencies and Departments, the Director-General of the agency, Dr. Isa Ibrahim, has said.

Ibrahim, who said this at the 8th Annual ISACA International Conference in Abuja, also disclosed that the agency had secured approval of the National Council on Communications for implementation of Information Security Management System across the MDAs.

The NITDA boss, represented by the Director of Standards at the agency, Mr. Lazarus Ikoti, said another document to serve as the focus for the development of the ICT sector was also underway.

According to him, some websites belonging to some MDAs disappear after working for only two weeks and later reappear as an item for budgeting.

He said a new information system audit would eliminate such wastes and create a special market and employment opportunities for youths.

Ibrahim said, “Since I assumed office as Director-General of the NITDA, I have been working on a document, which will serve as the focus for the development of the IT in Nigeria. One of the issues dear to my heart is cyber security.

“Cyberattacks do not only cause economic havoc but also social and security concerns. Because of its consequences, cyber security must be given due attention.”

He added, “Just two weeks ago, the NITDA presented a memo for the implementation of Information Security Management System for all the MDAs to minimise the impact of cybercrime. There is no doubt that our various systems are vulnerable to attack.

“Because of the importance of the memo, council unanimously adopted it and directed all the MDAs to implement the standards for their ICT infrastructure. The NITDA is currently working/developing a policy document for the security of government ICT infrastructure.”

Speaking at the event, the Minister of Communications, Mr. Adebayo Shittu, said the changing work environment and storage of information had provided a compelling case for the nation to pay a closer attention to the issue of cyber security.

He said, “In the financial services world of today, banking transactions are fast leaving the four walls of brick and mortar branches to the clouds; Increasing transactions are being done via the ATM, POS, Internet banking, and mobile money; account opening is now possible on social media platforms such as Facebook.

“Besides, the information on all registered citizens of Nigeria is stored in the cloud. The electoral process today also involves use of electronic card readers. The use of the CCTV is very common in most organisations and even households today.

“Mobile communication and e-mailing and social media communication are now the order of the day. Use of computers and other office support systems are obvious in all offices today. Electronic commerce and online malls are very prevalent. Electricity and transportation have also gone digital, using prepaid. This developmental approach, as good as it is, is faced with war with cybercriminal elements.”

Shittu said recent data from the NITDA showed that there were a total of about 3,500 cyberattacks in Nigeria, 70 per cent of which were successful. The attacks, he added, led to a loss of about $450m.

He said ISACA with the skills, knowledge and reservoir of professionals to fight the menace of cyber-attacks would need to work closely with the government on dealing with risks attached to the increasing digital environment in the country. 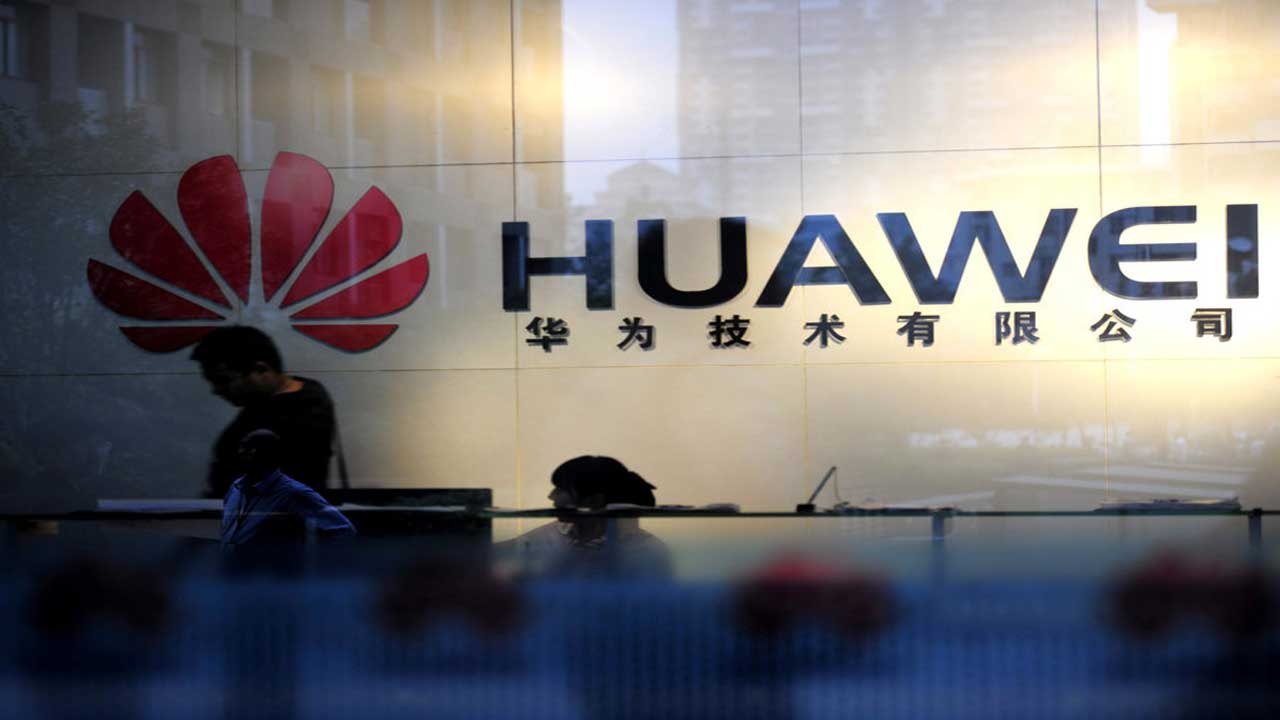 Mondia Pay is a leader in the digital payment space and provides a simple, fast and secure way for consumers to pay for services using their mobile phone. Huawei has been working closely with Mondia Pay, the MEA region’s top digital payments fintech company, as part of its commitment to supporting developers in the MEA region. This strategic partnership will allow for increased DCB coverage and IAP (In-App Purchase) kit capabilities for global developers.

As a result, Huawei and smartphone HONOR users in almost 20 countries including, Egypt, South Africa, Tunisia, Nigeria, Tanzania, Madagascar, Liberia, and Botswana, will be able to make cashless payments securely without the need for bank cards by downloading the app from Huawei’s Application Store, AppGallery. In addition, Mondia Pay will also market Huawei’s games content in Egypt.

The number of mobile internet subscribers in Sub-Saharan Africa has quadrupled since the start of 2010 (World Bank Data) and, for many consumers, it’s the only way they can get online. With low credit card penetration rates in most markets, contactless, online payment solutions can reach wider audiences looking to consume digital content.

“This new partnership with Huawei is an endorsement of Mondia Pay’s industry expertise and deep routed knowledge of Africa. Customers across the continent will benefit from our fully integrated digital payment technology to make frictionless payments in a fast, safe and secure manner. We also support the natural progression towards cashless societies, fast-tracked by current affairs such as COVID-19,” said Simon Rahmann, CEO Mondia Pay.

Adam Xiao, Managing Director, HMS and Consumer Cloud Service for Huawei Consumer Business Group MEA, said: “We welcome the opportunity to partner with Mondia Pay to provide our users across the MEA region with even more payment options. Mondia Pay allows for contactless payment without the need for bank cards in a safe and secure manner that protects the privacy of users. This partnership is part of Huawei’s ongoing commitment to make it easier for local and global developers to offer their services to millions more people in the MEA region.”

China, Japan and US Controls 60% of Global Installations of Industrial Robots

Global Installations of Industrial Robots are Controlled by China, Japan and US Controls

Data presented by Buy Shares indicates that China, Japan, and the United States cumulatively control about 58.71% of the global industrial robot installations. As of September 2020, there were 381,000 units of industrial robots globally.

From the data, China accounts for the largest share at 140,500 units, followed by Japan at 49,900 units. The U.S is third with 33,300 installed units.  South Korea has the fourth-highest installation at 27,900 units while Germany closes the fifth spot with 20,500 million installations. The Czech Republic has the least industrial robot installation at 2,600.

Several factors are contributing to the growth if the industrial robot market installation. According to the research report:

“The industrial robot market is also expected to grow following the unprecedented situation as a result of the coronavirus pandemic. In the course of the crisis, many factories had to protect their employees by shutting down some production plants. The pandemic creates a potential market for the industry as it is part of preparing for any similar pandemic in the future.” 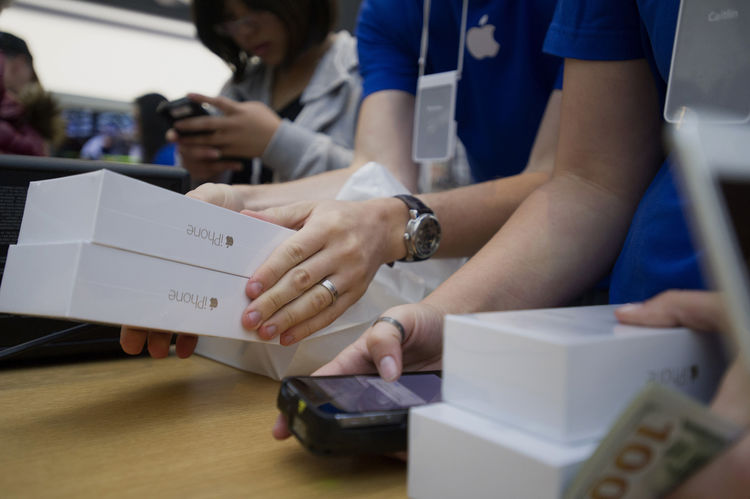 According to the telecommunication giant, cost has always been a barrier to smartphone adoption in Africa. It said the average cost of an entry-level smartphone is more than 60 percent of average monthly income, making smartphones largely inaccessible for the majority of African people.

Therefore, as part of the GSMA Thrive Africa 2020, Orange will be introducing Sanza touch, an exclusive Orange smartphone and the most affordable 4G Android (Go edition) device globally.

The company said the affordable price “is intended to make it the most accessible on the market with the goal of driving digital inclusion and providing more people access to mobile internet.”

Sanza touch is a 4G smartphone with a 4″ screen, 8GB memory and a 1750mAh battery, offering over 4 hours battery life while streaming videos. Users can use the Orange app collection (My Orange, Orange Money and Livescreen to stay informed on the latest news trends) and access the most popular apps including YouTube Go, Google Go, Facebook and WhatsApp.

The CEO of Orange Middle East and Africa, Alioune Ndiaye, said: “Orange wants to strongly accelerate access to connectivity on the African continent. One of the barriers to Internet use is the price and ease of use of most smartphones.

“The partnership with Google to offer the Sanza touch smartphone for sale will enable us to solve this problem thanks to its affordable price and advanced functionalities. While 90% of the world’s population is now covered by mobile broadband, 3.3 billion people who live in areas covered by mobile broadband remain unconnected for reasons such as affordability, low levels of literacy and digital skills.”

Mariam Abdullahi, the Director, Platform Partnerships, Android and Play Africa for Google added that “Our mission at Google has always been to Organise the world’s information and make it universally accessible to everyone.”

“We deliver this mission through the building and providing our products and services via key partnerships like this one with Orange. We are excited about the endless possibilities this Sanza touch smartphone will present in learning, economic opportunities and digital accessibility.

“The Goal of our Android devices, including this first-of-its kind highly affordable Android (Go edition) device is to bring the power of computing equitably to all. We can only achieve this mission if everyone is able to access devices at affordable price points to use in their daily lives and have access to the benefits presented by the digital world.”