The National Bureau of Statistics (NBS) has valued the cost of imported petroleum products between May and September 2016 at about N1.23 trillion.

Separately, the statistical agency also put the total number of federal government employees with a retirement savings account (RSA) at 1.85 million as at the third quarter of the year (Q3 2016).

This represented a marked improvement from the 1.82 million workers who were registered in the corresponding quarter of 2015.

It said there were 1.49 million state government employees with RSA in Q3 while the private sector accounted for 3.88 million RSA accounts.
Altogether, there are 7.24 million RSA holders within the period in review compared to 6.74 million in Q3 2015.

Meanwhile, the Minister of Industry, Trade and Investment, Dr. Okechukwu Enelamah, has said the country is currently “extremely hungry” for both local and foreign investments, adding that the federal government was doing everything possible to attract investors, particularly, foreign direct investments (FDIs).

He yesterday in Abuja at an interactive session stated that the government is in the process of negotiating a 21st century Nigerian free-trade agreements, with the goal of expanding market opportunities for Nigerian companies as well as looking into the ECOWAS Common External Tariff which had remained quite controversial.

He said already, FDIs worth billions of dollar had been attracted into the country particularly the investments by China and General Electric (GE) in the railway system.

The minister said more investments were required to properly diversify the economy.

He said government is also working to better the ecosystem, adding that small business registration would soon be simplified and made cheaper to encourage local start-ups.

Under the proposed government initiative, it could cost as low as N2,000 to register an SME, the minister added.

Speaking at the interactive session with journalists in Abuja to give a status report on the implementation of the ministry’s growth master plan and objectives, Enelamah said the Export Expansion Grant (EEG), which was suspended in 2014 following allegations of widespread abuse and the accumulation of significant liability on the Negotiable Duty Credit Certificate (NDCCs), is also expected to resume in 2017.

The scheme would be included in the budget in order to manage the impact on government revenue and promote transparency, he said.

The minister said efforts were further being made to encourage Nigerians “to consume more of what we produce,” adding that government’s intention was to offer people diverse choice in production of variety of items locally so as to reduce importation.

The minister said his ministry is currently working in partnership with the Bank of Industry (BoI) and other relevant government departments to support MSMEs through funding.

Specific MITI initiatives currently underway include the GEM (Growth and Employment) initiative in collaboration with the World Bank. More specifically, the GEM initiative has identified 23 IDAs (Industrial Cluster Areas) to support MSME’s with capacity development and launch the ‘BIG platform’ funding initiative to provide funding and training for MSMEs.

He nevertheless assured Nigerians that though the ongoing adjustment processes might be painful in the short term, it will lead to a better economy in the long run.

Be the first to comment on "NBS: N1.23tn Worth of Petroleum Products Imported in 5 Months" 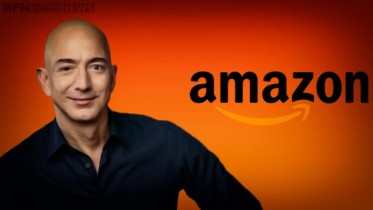