The Naira rebounded slightly from a record low, after previously trading at N500 a dollar during the early trading hours on Monday.

The local currency gained N2 during the intra-day trading to close at N498 to a US dollar.

According to the traders, the low dollar liquidity continued to pressure the Naira, but with the Central Bank of Nigeria intermittent sales of the dollar to the Bureau De Change operators, they are optimistic the Naira would improve going forward.

“Confidence is gradually returning to the forex market as a result of improved foreign exchange reserves, dollar sales by international money transfer agents and the central bank assurance it will continue to support the local currency,” one trader told Reuters.

At the interbank market, the Naira closed at N305 to a dollar, the same level it has traded since August 2016.

The CBN last week, reiterated its commitment to strengthen the economy by continuing to provide forex for manufacturing industries that need to import raw materials.

However, analysts are divided over the outlook of the Naira this year.

While at Investors King analysts believed “The Naira will improve moderately in the second half of the year, partly due to the surging global oil prices and the implementation of the 2017 budget.”

But others like, the Chief Executive Officer of Cocosheen Nigeria Limited, Mr. Henry Boyo have said the Naira might crash to almost 1000 a dollar at the parallel market this year if the monetary framework is not checked.

An investment bank and research advisory firm, Afrinvest West Africa Limited, said the official rate of the local currency would tumble by about 31 percent to 400 a dollar before the end of this year.

“If you think about the monetary policy environment, we think that the CBN will be forced by the market to make a change. Currently, the naira is pegged at 305/dollar; we see it moving towards 400/dollar by the end of the year,” the Group Managing Director, Afrinvest, Mr. Ike Chioke, said at a press conference announcing the firm’s economic outlook for 2017. 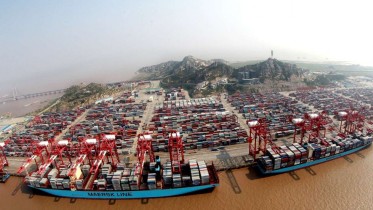