MoneyTrust Microfinance Bank Limited (MFB), a newly licensed multi-purpose MFB approved by the Central Bank of Nigeria (CBN) that is located in Lagos, has commenced operation.

The bank was licensed as a unit MFB to accept deposits from members of the public (except public sector institutions) and to play a key role in ensuring that the CBN’s financial inclusion policy is supported.

Speaking during the branch opening ceremony in Lagos on Tuesday, the Chief Executive Officer of MoneyTrust MFB, Chike Memeh, said the bank would add value to its customers by being a dependable partner they can rely on.

He said MoneyTrust has tailor-made account types suited for various cadres in the public, adding that the bank’s operations would be largely driven by innovation.

“We believe banking should be more of reforms, innovation and enterprise. We are not one of those cut out for traditional banking that waits for customers to come to the bank. We are restless in those types of situations. We like doing things differently. Even when things are good, we would like to spoil it and do it in a different way.

“We think that Nigeria has developed very fast over the years. The banking industry has evolved, that is why a number of Nigerian banks are among the top 1,000 banks in the world. So, that is positive. But we are still a long way to go, especially when you look at merchant banking and micro-banking.

“On the lower end, there is a lack of depth of microfinance in the country. Microfinance is majorly for the poor and unbanked. They hardly have banks. So, what we find in such areas are the informal transactions like the esusu going on in the markets. There is hardly any bank that supports that sector for growth. That is what MoneyTrust was set up for,” he added.

Be the first to comment on "MoneyTrust MFB Commences Operations" 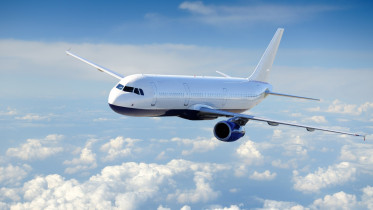