The Association of Mobile Money Agents in Nigeria (AMMAN) in collaboration with EcosaHybrid Network, recently held a capacity building workshop.

The aim of the workshop was to bridge knowledge gap among financial inclusion agents and other core stakeholders in the industry.

The focus, which was in the Northern part of the country, was designed to bridge financial inclusion gap in the North.

National President, AMMAN, Mr. Victor Olojo, said the workshop became necessary in view low awareness of the association in that part of the country as well as impact skills on agents on agent banking and mobile money,

“The workshop offered training and follow-up to execution of new agent network in northern Nigeria especially in Kano State, share funding and product opportunities among participants as well as provide varieties of point of sale terminals (PoS), fund transfer platforms among others for agents to access from the exhibition stand,” Olojo said.

He explained that AMMAN also used the opportunity to launch its special agenda for northern women with the theme ‘Northern Women for Financial Inclusion (NWFI’), which is an advocacy programme that seeks to break the barrier of reaching the women at last mile.

“Core of NWFI is advocacy and job creation for Northern women so as to bridge cultural barrier that deters women from mingling with the general public. It has been reported that Kano and Gombe states were least states in the financial inclusion ranking in the country,” he added.

He further stated that AMMAN had taken her rightful place in the financial inclusion industry in Nigeria with the workshop.

“We are now the alternative to all other stakeholders, who failed to deliver on the 2020 goal of the Central Bank of Nigeria (CBN) of reducing exclusion rate to 20 per cent.”

Songroute Distributes Over 1,000 Tracks in 3 Months 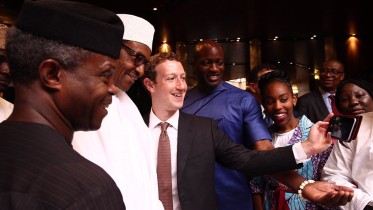