The Lagos State Government has disclosed that the Lekki Free Trade Zone (LFTZ), Africa’s fastest growing economic zone, had attracted $15 billion from domestic and foreign investors in the last eleven years of its existence.

In 2016 alone, the state government disclosed that the largest manufacturing conglomerate in West Africa, Dangote Group and other companies invested over $6 billion in LFTZ. Of the $6 billion, it said Dangote alone invested $4 billion.

The Commissioner for Commerce, Industry & Cooperatives, Mr. Rotimi Ogunleye gave the update at a recent news conference he addressed alongside his information counterpart, Mr. Steve Ayorinde and the ministry’s Permanent Secretary, Mr. Lekan Akodu, among others.

Currently, the zone is under the management of Lekki Free Zone Development Company (LFZDC), a joint venture partnership established in May 2006 pursuant to the Nigeria Export Processing Zones Act (NEPZA).

The LFZDC comprises a consortium of Chinese Companies by the name China-Africa Lekki Investment Ltd (CALIL) with 60 per cent stakes and Lekki Worldwide Investments Limited (LWIL) owned by the Lagos State Government holding 40 per cent stakes.

At the recent conference, Ogunleye said the zone, which was established by the administration of Asiwaju Bola Tinubu, had already attracted 116 domestic and foreign investors, 16 of which had started operating.

The commissioner said LFTZ had attracted highest investment in Nigeria, noting that the zone alone had attracted $15 billion; attributing it to the creative approach the administration of Governor Akinwunmi Ambode adopted to attract domestic and foreign investments.

“This is the where the economic transformation of the West Africa region, including Nigeria is done daily. I can assure you that the zone has become the preferred destination for investors. While some factories are currently under construction, 100 investors have also signified their intention to register and situate their business within the zone.”

Before the end of the 2017 fiscal year, Ogunleye disclosed that the state government and investors will inject $64 million counterpart funding into LFTZ to fast-track development within the zone.

Apart from $15 billion investment the zone had attracted, the commissioner said N740 million had been paid to host communities and families as compensation, citing the communities that benefited to include Yegunda and Abomiti.

He explained that the communities within the arm of the zone where Lekki-Epe International Airport zone would be sited, saying the government compensated the communities in fulfillment of Memorandum of Understanding (MoU) signed with the host communities.

At a recent different session, the Special Adviser on Central Business District (CBD), Mr. Agboola Dabiri said there were 60 abandoned buildings belonging to the federal government on Lagos CBD, which he said, had been converted to criminal hideouts.

Dabiri, however, said the state government would do something about the abandoned buildings in order to dislodge criminals occupying them as their abode. One of the biggest challenges on Lagos Island is over-population.”

He ascribed the challenge to the state’s thriving economy, noting that Lagos State “is the only thriving State in Nigeria where people sell their goods around 5.00 a.m. and by 8:30 a.m., they are gone. The crowd there is too much. We are talking about human traffic.

“Managing human traffic is not easy. When you have large number of people coming to the CBD, it comes with waste challenges. On the Island CBD, about N3 billion exchange hands on a daily basis in terms of transactions,” the special adviser said.

He, however, said all illegal structures and shanties in and around Idumota pedestrian bridge had been completely demolished, thus providing an opportunity for the people to make use of it for the first time since over 15 years of abandonment. 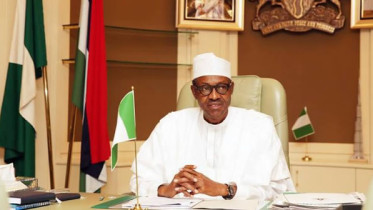 OML 11 Licence Not Revoked, NPDC Becomes Operator May 2 The licence of a joint venture partner in Oil Mining Lease 11 has not been…

Barclays Bank asks Customers with Less than £100,000 to Close their Accounts