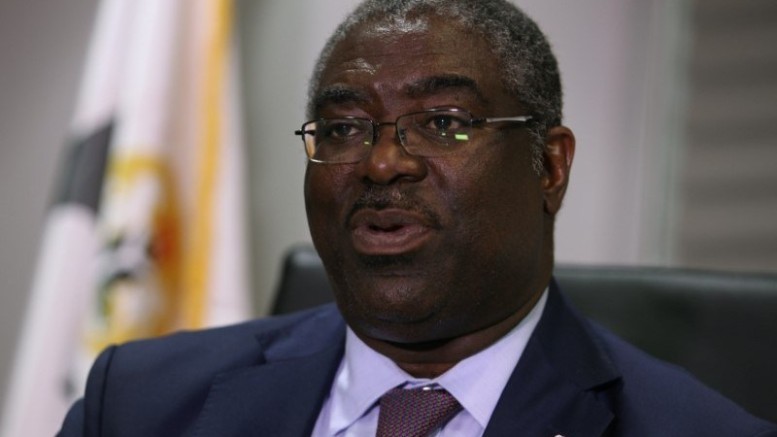 Babatunde Fowler, the Chairman of FIRS

A leaked memo circulating online signals the Chairman of the Federal Inland Revenue Service (FIRS), Babatunde Fowler, may not be reappointed as interested parties have started lobbying for his position in the service.

The leaked letter, signed by the Chief of Staff to the President, Abba Kyari and likely leaked online to discredit the chairman, queried Fowler’s failure to hit targets and why his tax receipts in the last four years were lower than that of the previous administration.

This was despite the recession that hits the economy in 2016 and compelled the federal government to grant most companies tax exemption in an effort to stimulate growth and sustain job creation in the country.

The letter demanded to know why actual collections for 2015 to 2017 were smaller than the previous administration when the economy was growing at almost 7 percent without recession or tax holiday for top companies like Dangote.

“Furthermore, we observed that the actual collections for the period 2015 to 2017 were significantly worse than what was collected between 2012 and 2014. Accordingly, you are kindly invited to explain the reasons for the poor collections.”

Since the 2016 economic recession, the economic growth rate has largely remained below 2 percent with the unemployment rate rising to 23.1 percent or 20.9 million people and local currency losing more than 60 percent of its value.

Despite the obvious limitations, the FIRS recorded N5.3 trillion in taxes in the last four years with the non-oil sector contributing around 47 percent of the total revenue.

While Investors King could not verify the authenticity of the letter, it points to the usual discredit and kick out strategy of most officeholders, especially with the Chairman tenure already expired.

It appears he may not be reappointed or will have to involve his Godfather, Asiwaju Bola Ahmed Tinubu as lobbyists seem to be going after his position. 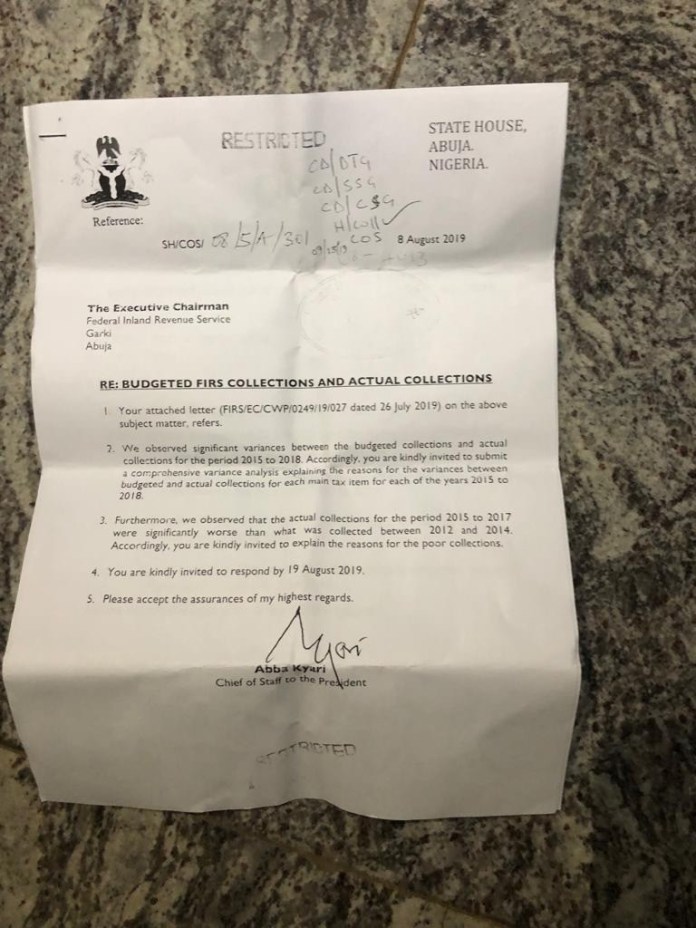 Be the first to comment on "Leaked Memo: Abba Kyari Queries Discrepancies in FIRS’s Budgeted and Actual Collections" 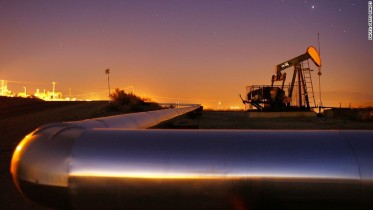 Oil consumption in Saudi Arabia, the world’s biggest crude exporter, is expanding at the slowest pace in at least six years as low energy prices…