The resurfacing of the Lagos-Ibadan Expressway by the Federal Government is completely outdated, inappropriate and a disservice to Nigeria, the Chairman, Bi-Courtney Highway Service, Wale Babalakin (SAN), has said.

He also stated that one of the contractors handling the project, Julius Berger Plc, would not build a road like that in Germany, the home country of the construction firm.

Babalakin, who spoke on the theme ‘Constraints of Implementing Infrastructure Projects through Public-Private Partnership’ at the 60th Anniversary/8th Fellowship Conferment Lecture and Ceremony of the Nigerian Society of Engineers in Abuja on Thursday night, stated that the delay in completing the project had caused untold hardships on Nigerians.

Recall that Bi-Courtney’s contract for the reconstruction of the same road was terminated abruptly six years ago by the Federal Government.

Babalakin said, “The road being constructed is completely inappropriate and outdated. The road being built today is a resurfacing of the 1977 road. It is a road that is inadequate to accommodate the geographical growth that has taken place on the road since 1977. This includes the emergence of towns like Ibafo, Isheri, Mowe and Redeemed Church camp.

“The current road cannot contribute meaningfully to the development of road infrastructure in Nigeria. Julius Berger Plc is constructing a road in Nigeria that it will and can never suggest or contemplate building in Germany. Our heaviest traffic road in Nigeria is being built without the necessary accompanying things that should be on a highway.”

According to him, the design of the road by the Federal Ministry of Works, Power and Housing is inadequate, considering the interruption to traffic on the expressway by the different towns along the expressway.

He said, “Our (Bi-Courtney) design provided for entry and exit to these towns without obstructing the flow of traffic on the expressway. We realised that simply resurfacing the road as being done now by the Ministry of Works is a serious disservice to Nigeria.

“Nigerians continue to suffer on that road till date. The reason given for the termination of the project, which is the need to complete it expeditiously, has not been realised six years after.”

Babalakin said he did not believe the big construction foreign firms had the capital required to develop Nigerian infrastructure.

“Most of the things they seek to do here, they can’t suggest them to their own homes. But if Nigerian engineers lead from the front, they will be able to insist on certain parameters,” he said.

He also said there had been so much waste of government resources, as the cost of delivering the road had skyrocketed.

Babalakin said, “The cost of the project has now ballooned. Bi-Courtney Highways had agreed to build the road with seven overhead bridges at a cost of N112bn. The cost of this project now is indeterminable. However, it cannot be less than N300bn. This is serious waste of government resources in a country that has very little resources.” 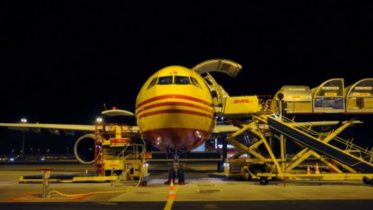