Lagos State, Nigeria’s commercial capital, total debt to revenue in 12 months rose over 800 percent, according to a recent data from the Fiscal Responsibility Commission (FRC).

In the 2018 annual report obtained on Wednesday, Lagos state total debt rose to N958.16 billion during the year under review while the total revenue generated stood at N119 billion. Indicating that despite the huge internal revenue generated in the state, the state debt to revenue is presently 813.41 percent, the highest in the country.

Osun state came second with debt to revenue ratio of 763.41 percent. The total debt incurred was N178.52 billion while revenue generated remained low at N22.83 billion. This was despite the Debt Management Office (DMO) limiting borrowing to 50 percent of revenue.

Total debt owed by the 36 states during the year under review stood at N5.152 trillion while revenue was N2.567 trillion. 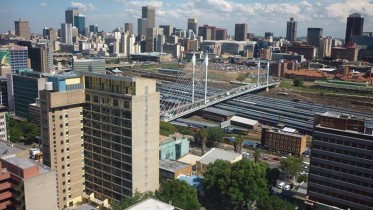 Nigeria, Others’ GDP Seen Growing at 5% in Next Five Years One of the leading financial advisory firms in the world, UBS Wealth Management’s Chief…