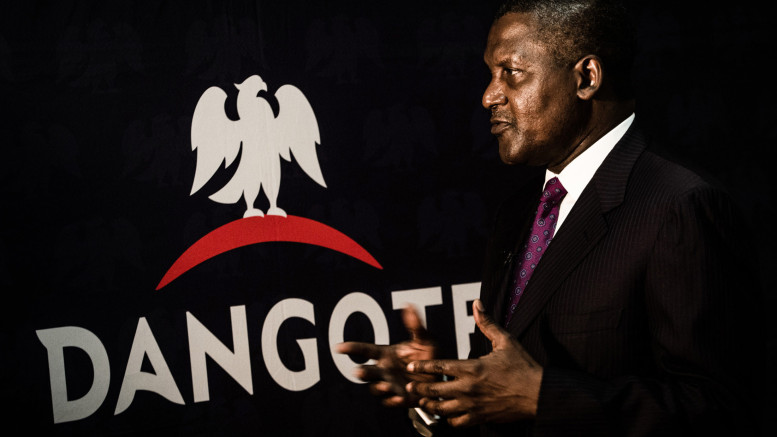 Africa’s leading industrialist, Alhaji Aliko Dangote has an advice for the committee set up by the Kano State House of Assembly to probe a bribery allegation against its former speaker: ‘Don’t waste your time, it’s all falsehood’.

Dangote Group spokesman, Mr. Tony Chiejina said the allegation has no foundation whatsoever and is an ‘outright falsehood”.

The portal, with no address or names of its masterminds, provided no evidence of the bribe. And it came after Governor Abdullahi Ganduje had said the Assembly was prevailed upon by well meaning Nigerians, led by the Acting President Yemi Osinbajo to drop the investigation of the respected Emir over allegations of financial misdeed.

Rurum responding to the allegation in an interview on 20 June, described the story as false, designed to tarnish his image and bring the whole Assembly into disrepute.

He gave DailyNigeria.com one week within which to retract the report and apologise to the State Assembly or face legal action.

According to him, the report is also targeted at creating tension and chaos among the lawmakers and ridicule the personality of Dangote.

`The story was just a fabrication, a tissue of lies and unjustifiable, because there was never a time I met with Dangote to discuss such issue, not to talk of him offering bribe to us.”

He said that the intervention of Acting President, Prof. Yemi Osinbajo, Northern Governors and other notable Nigerians to stop the probe was channeled through the state governor and not the assembly.

“It is a tradition that when such things happened, the Governor gets in touch with us as one of the three arms of government.

“Therefore, the governor forwarded his request letter appealing for the suspension of the investigation on behalf of all the concerned citizens.”

But it appeared fellow legislators believed the unsubstantiated story by DailyNigerian.com, such that two weeks after, they went for Rurum’s head, forcing him to resign on Monday 3 July.

Chiejina told NAN on Monday night that the allegation has been ’embarrassing’, to Dangote.

“Aliko Dangote does not even know the embattled speaker, Hon. Kabiru Alhassan Rurum, let alone being his friend as alleged by the report”, Chiejina said.

The Kano Assembly meanwhile has asked a five-man committee to investigate the allegations against Rurum.

The new Speaker, Alhaji Abdullahi Atta, proposed the investigation at the plenary. It was unanimously accepted by the house.

Atta gave the committee, which has as the chairman, the Deputy Chief Whip of the Assembly, Alhaji Muhammad Butu-Butu, a member representing Rimin Gado/Tofa Constituency, three months to submit its report.

The News Agency of Nigeria (NAN) reports that the former speaker had in his resignation letter said he resigned in order to protect his image and that of his constituency over the corruption allegations.

Rurum told newsmen after the plenary session,that he has urged his colleagues to be fair and just while conducting their investigation.

Be the first to comment on "Kano Bribery Allegation Embarrassing, Says Dangote"

Egbin Power Station Targets 5,000MW in Five Years The Chairman of Egbin Power Plc, Mr. Kola Adesina has restated the commitment of the board of…