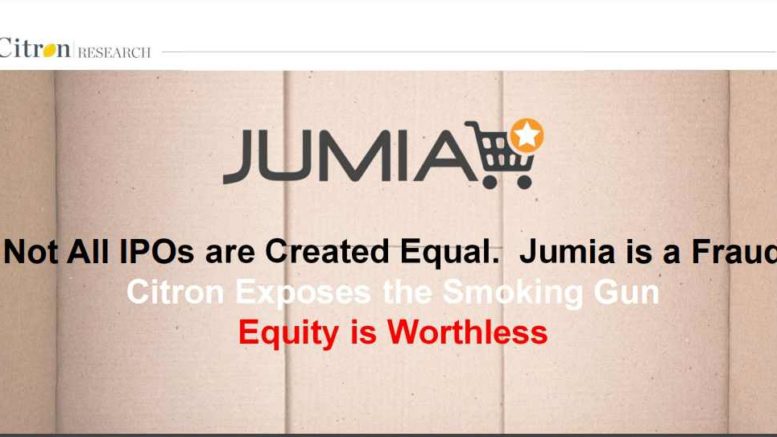 According to the research company, they’ve not seen an obvious fraud as Jumia in 18 years of publishing. Citron attacked US media calling the e-commerce company the ‘Amazon of Africa’ despite numerous media in Nigeria discussing widespread fraud in this company.

Citron accused Jumia of altering the metrics of the Confidential Investor Presentation report presented to investors in October 2018 to seem viable when in fact it is in over $1 billion debt with poor revenue numbers to validate growth prospect.

Again, in order to lure investors to Jumia, the company was reported to have inflated its active consumers and active merchants figures by around 20-30 percent.

Citron Research also pointed out that 41 per cent of Jumia’s orders were returned, not delivered or cancelled but returned, meaning the few active consumers interested in the e-commerce were not satisfied due to huge numbers of fake products, again, Jumia removed this detail from its F-1 filing to the Securities & Exchange Commission (SEC).

Research/Publishing company said instead of Jumia to disclose 41 per cent returned orders it previously disclosed in October 2018 Confidential Investor Presentation, it disclosed that “orders accounting for 14.4% of our GMV were either failed deliveries or returned by our consumers” in 2018.

Even Nigerian newspapers in the past have called Jumia a struggling company with many internal frauds.

“Cuts a picture of a fast-growing e-commerce company” but “beneath what is painted is a company struggling to survive over internal fraudulent activities,” a Nigerian online newspaper stated.

Jumia is “sitting on gun powder which might explode any moment as the retail outfit is filled with many shady deals.”

Citron called Jumia a fraud and alerted US Securities & Exchange Commission (SEC) to the company’s filings for obvious irregularities.

“Jumia is the worst abuse of the IPO system since the Chinese RTO fraud boom almost a decade ago. Worse than being ‘the most expensive’ US listed e-commerce company, Jumia reported financials show us a stagnant business that has burned through $1 billion and has moved the sucker’s game to the US Markets.”

Jumia shares rose 76 percent within 24 hours of listing on the New York Stock Exchange and go on to do 204 percent within the very first week despite weak metrics.

The company has dropped 19.30 percent in value in the last 24 hours and presently, it’s market capitalisation stood at $2.05 billion, up from $3.29 billion. 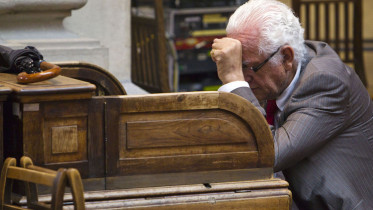 FG to Issue N10.69bn Green Bonds to Finance Budget The Debt Management Office on Wednesday said it was set to issue Green Bonds worth N10.69bn…