Japanese exports grew at the fastest rate in more than two years in March, supporting a moderate economic recovery in the face of weak domestic demand.

Exports have recently become a bright spot for the Japanese economy. The March trade data indicate growing health in the global economy, particularly in Asia, will continue to support the Bank of Japan’s efforts to generate a sustainable recovery. Questions remain: Will Japanese consumers will start spending again, and will the U.S. take a tougher line with Asian exporters over their trade surpluses with America. 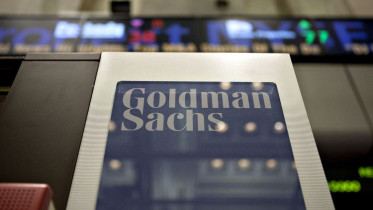 Goldman Sachs Group Inc. raised its forecasts for the euro after its call that the European Central Bank would send the shared currency tumbling as…