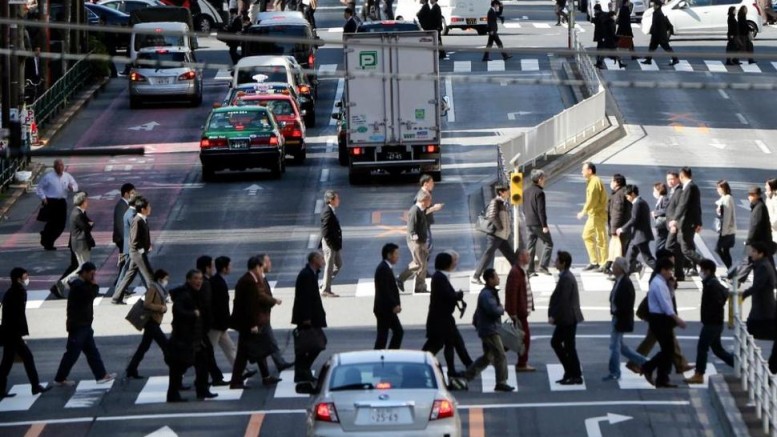 As political turmoil in Washington roils financial markets and throws doubt over prospects for a Trump bump to growth, Japan is enjoying a stable growth.

Japanese Prime Minister Shinzo Abe — enjoying the longest tenure for a Japanese leader in a decade — has strung together a fifth straight quarter of economic expansion, the longest such run since the last period of stability through 2006.

Before Abe took power in December 2012, the country had seen five premiers in as many years — contributing to the see-sawing growth outcomes over that period.

“If you look at the Trump administration, you can’t help but think it’s great to have a stable government,” said Takashi Shiono, economist at Credit Suisse Group. “It’s been a positive for Japan’s recovery, helping boost stock prices and weaken the yen, crucial factors for Japan’s economy and sentiment.”

Japan’s gross domestic product grew 2.2 percent on an annualized basis in the three months ended March 31, driven by continued strength in exports and firmer domestic demand. While that may not be a blockbuster by many standards, it’s more than twice the potential growth rate for an economy weighed by aging demographics and stagnant wages.

While Abe has fallen short on some structural reforms, particularly in the labor market where problems abound, he’s accomplished more during his four-and-a-half years than any prime minister since Junichiro Koizumi, who left office in 2006 after the third-longest post-war tenure. Koizumi was the last leader to string together more than five straight quarters of growth.

Abe’s popularity and staying power have made it easier to challenge entrenched interests in some areas, with his successes including stronger corporate governance and reform of the agriculture sector.

“Japan’s frequent political instability had always been a real pain for the economy for several years up until Abe,” said Kenji Yumoto, vice chairman of the Japan Research Institute Ltd. and a former senior economist at the Cabinet Office. “The government couldn’t pass economic measures in a timely manner and a tangled parliament always disagreed over the nation’s needs. That’s gone under Abe.”

Still, Yumoto notes that the stable recovery took years to arrive, and only after trillions of yen in stimulus packages. And of course, there is the ongoing extraordinary monetary easing from the Bank of Japan.

Many Japanese consumers are still struggling. The tightest labor market in two decades is starting to exert pressure on wages, but for now consumption remains soft.

Yet after two decades of deflation and falling wages, most Japanese feel “a sense of relief” about the economy’s direction, according to Masamichi Adachi, senior economist JPMorgan Securities Japan and a former BOJ official.

“It’s true that the recovery hasn’t reached Japanese households through wage growth but at the very least they don’t have to worry about their livelihoods getting worse tomorrow,” Adachi said.

The revival of Japanese stocks during Abe’s tenure has played a role in the more upbeat mood. Over the past two weeks, the Nikkei 225 flirted with the 20,000 level for the first time in more than a year, before news out of Washington hit global markets. It has doubled since Abe took office.

“Abe, I think, will take credit for it, and that’s sort of the right of a politician who gets to govern in a period like this,” said Harris, who cited an improved global outlook as well as fiscal and monetary stimulus.

But exactly how much credit should Abe get?

“Some, but certainly not all. Maybe not even most.”

Be the first to comment on "Japan Gets Growth Under Abe’s Stable Hand as Trump Roils U.S." 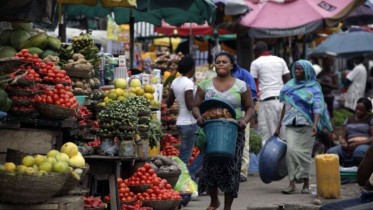