Capital importation into Nigeria’s oil and gas sector has declined from the $200 million (N90 billion) from the second quarter of 2016 to $172 million (N78 billion) in 3rd quarter, according to the National Bureau of Statistics (NBS).

But this decline has been attributed to uncertainty in the country’s oil and gas sector occasioned by insecurity, delay in the passage of the Petroleum Industry Bill (PIB) and delay in meeting contractual obligations in the services industry.

NBS stated in the report that the oil and gas sector maintained a high level of capital importation; although it decreased by 14.4 per cent relative to the previous quarter; but still elevated relative to previous periods at $171.63 million.

It noted that the sector is characterised by isolated periods of high capital importation, adding that it is therefore unusual that the level has remained high for two consecutive quarters.

NBS explained that in all previous quarters, the sector that imported the most capital had been banking, financing, production or telecommunications.

It noted that oil and gas is characterised by occasional high levels of capital importation, interspersed with periods in which very little capital is imported. “This sector imported $20.83 million in first quarter and only $4.86 million a year previous,” it added.

Giving reasons for the decline in capital importation to the country’s oil and gas sector, former President, Nigeria Society of Petroleum Engineer, Dr. Emeka Ene, said it was due to increase of uncertainty, which he said repels investors’ interest in the sector.

Ene, also a former Chairman, Petroleum Technology Association of Nigeria (PETAN), and Managing Director of Oil Data Nigeria Limited, noted that some major projects in the oil and gas sector have suffered delays.

He said that there is gap in policy alignment on gas, PIB versus Ministry of Environment and security situation in the country.“Until we have an alignment, there may not be substantial investment in the sector. Majority of the investment end up with the service industry, which executes most of the jobs. Right now, the service industry is in a very comatose state because the contractor’s obligations are not being met. A lot of money is being owed to Nigerian service companies over a very long period of time, which creates uncertainty,” he said.

Ene warned that the effects of the present lack of substantial investments are going to impact negatively on the Nigeria’s oil sector in the future.“We are going to be feeling the effects when the oil industry turns around. It is going to be worse. Some service companies are being owed for over two years. Bear in mind that the companies borrowed from the banks to execute the contracts and they’re not being paid for two years, how will the companies be able to take another loan to service any other business? This is exactly the uncertainty we are talking about.”

Speaking on the possibility of low oil prices having effects on investment inflow into the oil and gas sector, Ene citing Kuwait as an example, said: “Between 2015 and 2020, it planned to spend $50 billion in the oil industry. This is because it recognised that this is the best time to drill and produce and that the pricing issues will definitely be tackled in the future and that prices will rise in the future.

“Nigeria service industry should be encouraged, because they can do the work cheaper, and get people employed for longer, so that when the industry turns around, these people will still be alive to do the work.

“The oil industry is strategic and will continue to be strategic in Nigeria for long time for economic security. We have seen Nigerian government not having the dollars to pay for goods imported and its impact on the wider economy.

“Although the oil industry does not contribute so much to the country’s Gross Domestic Product (GDP) like agriculture, but the impact of the oil industry is definitely much more because we are still part of the global economy. Most of the infrastructural projects being undertaken by government need dollars for execution.

“The service industry is facing severe challenges. We were asked to reduce service charges; we are being owed for two or three years and at the same time, and the government refused to reduce systemic costs. For example, we have some agencies, which have not reduced their fees and licenses running to billions of naira.”

Ene therefore called on the Federal Government to tackle the local challenges confronting on oil sector is make it attractive to more investment.

On his part, PETAN Chairman, Mazi Bank-Anthony Okoroafor, emphasised the need for the Federal Government to reduce contracting cycle from three to four years to six months.

Okoroafor said that there also need to create good image for Nigeria through institutional transparency, well-articulated policy consistency and building of enabling infrastructure.

He said there is need to restructure the country’s oil and gas industry operations by simplifying access to assets, maintaining sanctity of contracts, instilling corporate governance in all our dealings and reducing overall project costs for cost effectiveness. 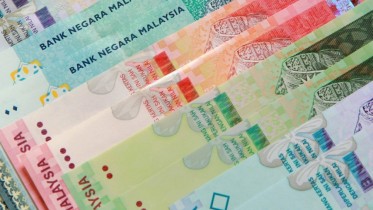