Interswitch, a Nigerian based financial technology company, has commenced talks with potential investors ahead of its London Initial Public Offering, according to people familiar with the matter.

The sources contacted by Bloomberg said the company was planning to list as early as November 2019 on the London Stock Exchange (LSE).

The company majorly owned by Helios Investment Partners was also considering a sale but prefer a stock-market listing at about $15 billion market value.

According to the people familiar with the listing, getting investors ahead of the listing will boost support for Interswitch attractiveness and valuation at a period when investors are staying away from the United Kingdom’s stock market ahead of Brexit.

A similar strategy was adopted by the International Holdings Plc, a Middle East-based payments company, that brought in Mastercard Incorporation as a cornerstone investor.

Since listing in April, it has gained more than 33 percent to emerged as one of the best performing major listings in 2019.

The same Mastercard invested €50 million ($55 million) in Jumia ahead of its New York listing in April.

While John Maguire, the Chief Financial Officer, Interswitch, refused to comment on the listing, he said the company is planning to raise around N30 billion ($83 million) through bonds, with the first tranche of N20bn planned for the next two years.

He stated that the proceeds would be used to expand Interswitch operations as the company has applied for a mobile payment licence from the Central Bank of Nigeria. 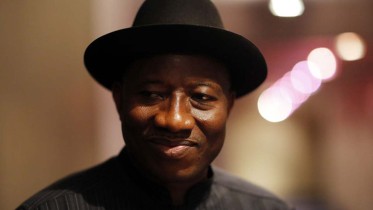 Many Presidential Aspirants Better for PDP –Jonathan Former President Goodluck Jonathan has said that the more presidential aspirants the Peoples Democratic Party has, the better…