The total volume of transactions performed on the Investors and Exporters (I&E) foreign exchange window dropped by 4 percent in the third quarter of the year, according to the data published by FMDQ Securities Exchange Plc.

On a monthly basis, the total transactions performed on the window dropped by 41 percent from $7 billion in August to $4.4 billion in the month of September.

While June recorded a 33 percent decline to $3.2 billion before rising by 20 percent to $4 billion in July.

Despite Central Bank of Nigeria’s efforts at stabilizing the foreign exchange market, other economic factors continue to impact interest in the Nigerian economy.

Trading activity on the I&E Window has been on the decline after the general elections, suggesting that investors’ confidence remained weak regarding the continuation of Muhammadu Buhari’s policy.

Also, with foreign revenue projected to drop further due to falling oil price, CBN’s ability to defend the Naira through the I&E forex window and other foreign exchange segments would be impacted in the final quarter of the year and also hurt funding for the 2019 budget. 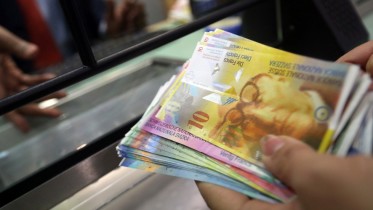