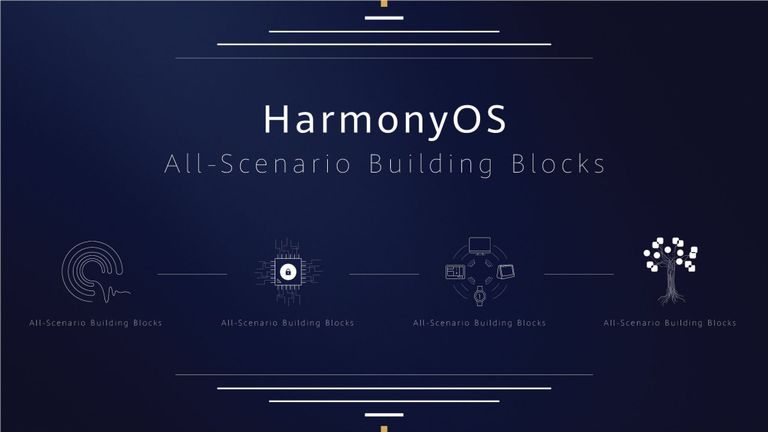 Following US sanctions that prohibited American companies from dealing with Chinese companies –including Google, Android manufacturer –Huawei, the world’s second-largest smartphone manufacturer, has now launched its own operating system, HongmengOS.

Richard Yu, the CEO of the consumer division, Huawei, said the operating system –the HongmengOS, known as HarmonyOS in English can work across different devices from smartphones to smart speakers and even small sensors.

According to Yu, HarmonyOS is part of Huawei Internet of Things–connecting more internet devices.

The company plans to first implement the new operating system on “smart screen products” later this year and gradually roll it out on other devices over the next three years.

HarmonyOS will first launch in China before Huawei push it to other emerging markets.

The new operating system is expected to further Chinese companies’ reach in emerging markets where they already have the largest smartphone market share ahead of Samsung and Apple.

China’s major smartphone brands, Huawei, OPPO, Vivo, Xiaomi, and Realme (HOVXR), have combined global market share of 42 percent in the second quarter of 2019 despite the sanctions.

In the same quarter, Samsung shipped 76.6 million units, up 7.1 percent from 71.5 million units shipped in the second quarter of 2018.

Chinese companies exported mainly to emerging markets using competitive pricing strategy to penetrate the largely untapped low-income markets. However, because all these companies use Android operating system, they are expected to switch to HarmonyOS if the US-China failed to reach a trade agreement.

According to Varun Mishra, Research Analyst at Counterpoint Research, “Heavy marketing, faster portfolio refresh, high spec devices at aggressive prices, and multi-channel presence are some of the key reasons why Chinese brands fared better than the local and global OEMs. These brands have been aggressively expanding outside China and achieving growth offsetting the saturation in their home market. Their strategies and product portfolios are more aligned to the local needs and preferences, which is one of their key strengths.”

Prior to the launching of HarmonyOS, experts projected a further decline in Huawei smartphone shipment due to the US sanctions but with the company announcing HarmonyOS and planning to make it an open-source to drive apps development and broaden it adaptability to more devices, Chinese smartphone companies are poised to capture more emerging markets going forward or the US would be forced to pull back and allow Android to continue servicing existing Chinese users after the expiration of 90 days grace period.

He said, without mentioning any name, “many” app developers “have strong interest” in using HarmonyOS.

He added that he thinks Apple’s iOS and Android don’t cater for enough internet devices, therefore, the companies plan to throw open HarmonyOS for faster growth.

Again, a lot of American developers looking to break into China, over 1.3 billion market and other emerging economies, will jump on the opportunity, giving HarmonyOS access to some of the world’s best developers. The only thing synonymous with Apple iOS and Android.