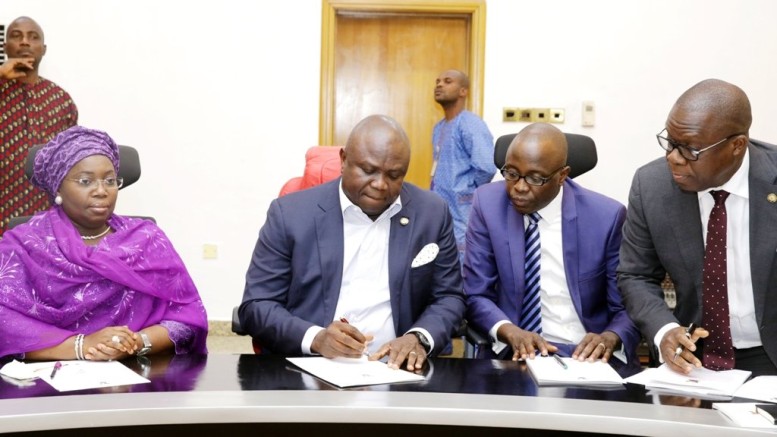 Mr. Akinwunmi Ambode, the outgoing governor of Lagos State, on Tuesday officially handed over the state affairs to the Governor-elect, Mr. Babajide Sanwo-Olu, a day before inauguration.

Sanwo-Olu became party favourite in the last general elections after Ambode fell out with executive of the All Progressives Congress.

The former governor, who spoke shortly after handing over, said it “was a very private formal hand over”.

The new governor was accompanied by his running mate, Dr Obafemi Hamzat.

Sanwo-Olu, the new governor, said: “We are happy with what we have seen and excited with the thoughts and conversations we had and we look forward to the official ceremony tomorrow.

“After the inauguration, governance will start in earnest.” 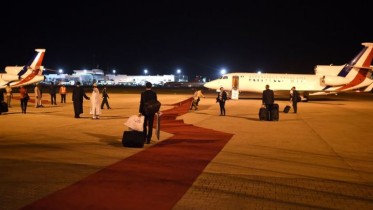 FAAN to Automate Payment System at Airports The Federal Airports Authority of Nigeria says it will soon commence cashless transactions across airports in the country….

French Bonds Decline as Juppe Stays Out of Presidential Race