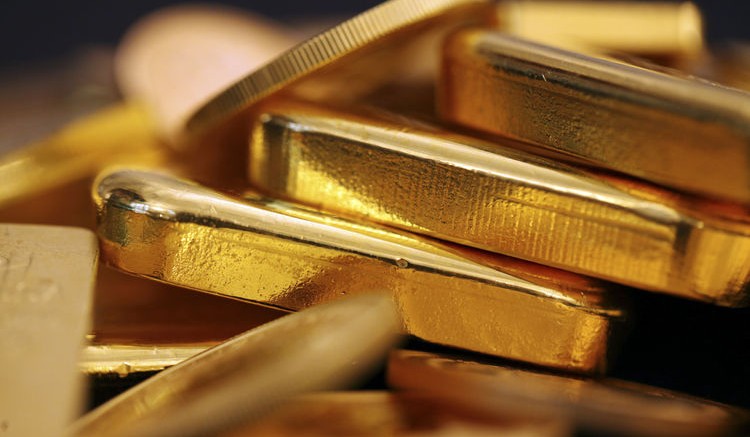 Gold surged to the highest level in more than two years in a frantic global hunt for haven assets as Britain’s voters were projected to back leaving the European Union after a historic poll.

“Gold will be a preferred safe-haven asset with a ‘Leave’ vote,” said Barnabas Gan, an economist at Singapore-based Oversea-Chinese Banking Corp, who forecast that it could rally to as much as $1,400 if ‘Remain’ loses. Bullion’s expected to remain volatile until the final verdict is out, according to Gan.

Bullion powered ahead amid turmoil in global financial markets as the pound was driven the lowest level in more than three decades, equities tanked and investors fled from risky assets. As figures from local counts came in on Friday, BBC News predicted that the ‘Leave’ camp would win, following similar calls from JPMorgan Chase & Co. and ITV News. With 306 of 382 areas declared, ‘Leave’ had 12.9 million votes, while ‘Remain’ was at 12.1 million.

“As the votes have started to be announced, it seems more and more that the ‘Leave’ vote is a lot stronger than expected,” said David Govett, head of precious metals at Marex Spectron Group Ltd., a broker in London. “Gold is essentially following sterling, albeit in the opposite direction.”

Priced in sterling, bullion advanced to more than 1,000 pounds an ounce after rising 18.5 percent. Among miners, Newcrest Mining Ltd., Australia’s biggest producer, advanced as much as 8 percent to the highest level since February 2013 as Evolution Mining Ltd. surged 19 percent.

Societe Generale SA predicted whatever decision is reached in the U.K. on its ties with the world’s largest trading bloc, volatility in bullion should increase. The bank recommended investors buy a so-called gold-variance swap, which gains in value as volatility increases. A decision to leave may lift prices to as much as $1,400, it said in a note this week.

While bullion prices have declined ahead of Britain’s landmark referendum, holdings in exchange-traded funds have kept expanding. The assets were little changed at 1,904.3 metric tons on Wednesday after rising for 16 days to the highest level since October 2013, according to data compiled by Bloomberg.

Until the nationwide result in Britain is finally out “it could be a volatile day for gold, particularly if it looks like it will be a close outcome,” said Shane Oliver, the Sydney-based head of investment strategy at AMP Capital Investors Ltd., which oversees about $116 billion.

Power: Benin Republic, Niger Pay Nigeria $10m After Disconnection Threat The Republics of Benin and Niger have paid $10.1m as electricity bill to Nigeria to…