The U.S. President told the Organization of the Petroleum Exporting Countries (OPEC) to relax on artificially boosting oil prices as prices were too high.

Crude oil prices that were trading higher fell immediately with Brent crude declining by $2.43 to $64.51 a barrel after trading above $67 a barrel last week.

Trump had earlier announced he would extend the deadline previously set for raising tariffs on Chinese goods due to the progress of the ongoing trade talks.

Trump said the trade talks were productive. “The U.S. has made substantial progress in our trade talks with China on important structural issues including intellectual property protection, technology transfer, agriculture, services, currency, and many other issues,” he said in a Twitter posting on Sunday evening.

The comment, however, boosted oil market outlook as traders attributed it to a possible rise in global oil demand going forward. 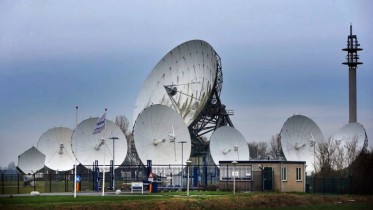 NigComSat to Offer Navigational Services to Airlines, Others

NigComSat to Offer Navigational Services to Airlines, Others The Nigerian Communications Satellite Limited plans to provide Global Positioning Services to airline operators and other commercial…