Global flows of foreign direct investment (FDI) fell by 16 per cent in 2017, to an estimated $1.52 trillion, down from a revised $1.81 trillion in 2016, according to the latest United Nations Conference on Trade and Development (UNCTAD) Global Investment Trends Monitor. According to the report from UNCTAD, promoting foreign direct investment for development remained challenging as global flows in 2017 fell in contrast to other macro-economic variables.

In a statement signed by UNCTAD Secretary-General, Mukhisa Kituyi, FDI recovery from the 2008 financial crisis continued to be on a bumpy road. “While FDI in developing countries remained at a level similar to the previous year, more investment in sectors that can contribute to the Sustainable Development Goals is still badly needed. However, promoting FDI for sustainable development remains a challenge,”he said.

He explained that the decline was tempered by an 11 per cent growth inflows to other developed economies, principally Australia, while FDI to developing economies remained stable, at an estimated $653 billion, two per cent more than the previous year.

The statement further stated that flows rose marginally in developing Asia and Latin America and the Caribbeans, and unfortunetly remained flat in Africa.

In reverse, the decline of global FDI flows is in stark contrast to other macro-economic variables, such as the GDP and trade growth, which saw substantial improvements in 2017,” Director of UNCTAD’s Investment Division James Zhan, said, adding that upward synchronisation of the trends in the year is probable, but risks are abundant.

However, elevated geopolitical risks and policy uncertainty could have an impact on the scale and contours of any FDI recovery in 2018.

In addition, tax reforms in the United States (US) are likely to significantly affect investment decisions by US multinationals, with consequences for global investment patterns.

Be the first to comment on "Global Foreign Direct Investment Slips to $1.52tr" 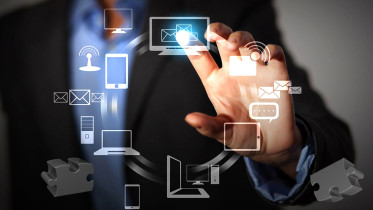