Global merchandise exports could grow by 10.4 per cent this year, hitting almost $19.6 trillion, data published in the 2018 United Nations Conference on Trade and Development (UNCTAD) Handbook of Statistics, has shown.

A statement from the organisation said the figures are the result of “nowcasts” based on merchandise and services trade trends which reconnect with substantial growth last year, when global merchandise trade increased by 10 per cent, after two years of decline, and trade in services grew by 9.5 per cent.

The Handbook underlines that factors contributing to the surge in the value of world trade in 2017 and 2018 are linked to an upswing of global GDP growth (3.1 per cent ), combined with increasing commodity prices (+17.7 per cent), especially for fuels (+26.1 per cent) and minerals, ores and metals (+12.2 per cent), as shown by UNCTAD’s constantly-updated . It highlights the fact that trade imbalances between developed and developing economies have been decreasing over recent years.

This surge was also evident in the strong growth in maritime transport indicators compiled by UNCTAD: growth in world seaborne trade (the volumes of goods loaded and unloaded on the world’s seaports) was 4 per cent in 2017, and container port throughput (the volume of containers handled on ports) climbed by six per cent the same year.

A detailed analysis of recent trends estimated by the nowcast models shows that merchandise trade and trade in services grew robustly during the first half of 2018, although there were significant indications of a slowdown in the second half of the year. A global economic cooldown and adjusted expectations due to recent protectionist trade measures can explain this reverse trend.

“In an era of uncertainty, with swirling fears of trade wars, reliable statistical information is more indispensable than ever. It is a critical tool for informing policies and recommendations that may commit countries for many years as they strive to integrate into the world economy and improve the living standards of their populations,” said UNCTAD’s chief statistician, Steve MacFeely.

Issued yearly since 1968, the UNCTAD’s Handbook of Statistics provides an overview of a broad spectrum of statistics relevant to international trade and economic development.

Be the first to comment on "Global Exports to Hit $19.6 Trillion, Says UNCTAD" 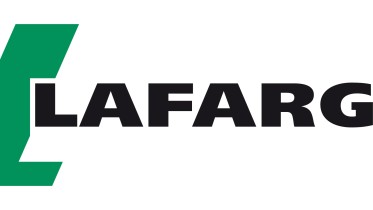