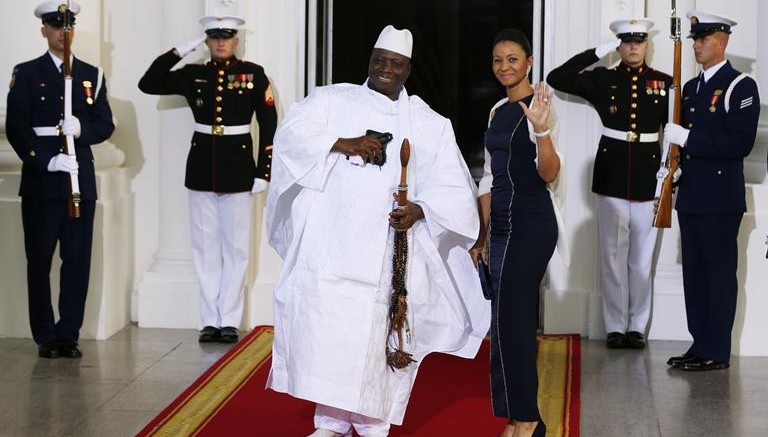 Republic of the Gambia's President Yahya Jammeh and his wife, Zineb Jammeh

Gambian president Yahya Jammeh on Friday rejected the result of the election which he lost earlier this month.

According to the president, who came to power in a coup in 1994, there were evidence of rigging and result manipulation by some dishonest electoral representatives.

Mr Jammeh, had suffered a surprise defeat to Adama Barrow, who won more than 45 percent of the vote.

After his win, Mr Barrow hailed a “new Gambia”.

The Gambia is the smallest country on mainland Africa, with a population of fewer than two million. Tourism has become its fastest-growing sector.

Be the first to comment on "Gambia: Yahya Jammeh Rejects Election Result"