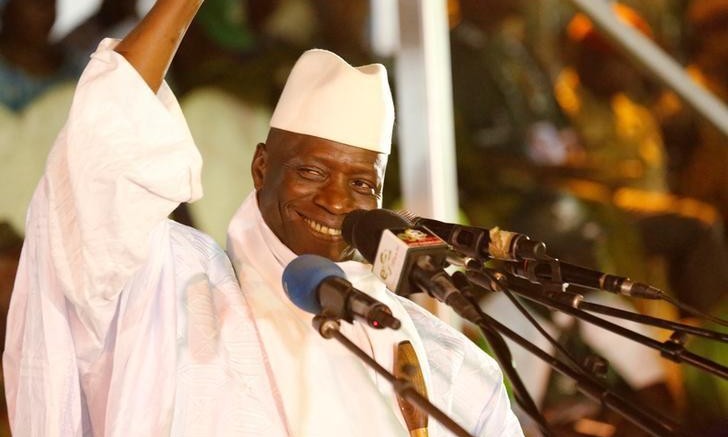 Use of Force Imminent As ECOWAS Plans To Oust Jammeh

The refusal of out going President Yaya Jammeh of The Gambia to agree to step down honourably on January 19, 2017 following his loss of the December 1, 2016 presidential election to the coalition of opposition parties’ candidate, Mr. Adam Barrow, has left the Economic Community of West African States (ECOWAS) leaders with no other option than to eject him from office by military force.

Sources familiar withe situation said yesterday that after the last minute efforts by the ECOWAS delegation led by President Muhammadu Buhari on Friday hit the rocks with Jammeh insisting he would not step down until May when the Supreme Court of The Gambia reviewed his petition, challenging the election, the ECOWAS leaders decided to activate the military option of forcing him out of office and installing Barrow.

Top on the agenda was the inauguration of ECOWAS Military Intervention Group (ECOMIG), which would escort Barrow from Senegal to The Gambia for inauguration on Thursday.

ECOWAS leaders had quartered Barrow in Senegal for his safety, pending his inauguration as the president of The Gambia.

Jammeh had filed a motion with the country’s apex court to prevent Barrow from being sworn into office on Thursday. But the court could not sit because it could not form a quorum.

Meanwhile the defeated president is insisting that he will not step down until the country’s Supreme Court delivers the final judgment on the dispute.

Thousands of Gambians are said to have fled their country over fears of possible military confrontation between forces loyal to Jammeh and the sub-regional military forces.

ECOWAS and the African Union (AU) have insisted that Jammeh, whose tenure ends on January 19, would cease to be the President of Gambia by January 20.

ECOWAS had also pledged to send troops to ensure a peaceful transition of power if Jammeh, who had ruled for over 20 years, refused to cede power.

State-owned Senegalese news agency, APS reported yesterday that Senegal will host Barrow until his swearing-in ceremony due to take place on Thursday.

The agency said Senegalese President Macky Sall accepted to host Barrow in line with the request of the ECOWAS at a Franco-African summit in the Malian capital Bamako on Saturday.

Radio France Internationale had earlier quoted Togolese President, Faure Gnassingbe as saying that ECOWAS had set Thursday as a deadline to try to resolve the crisis.

In his welcome address to the sub-regional defence chiefs in Abuja, Olonisakin said the regional leaders and military commanders were ready to continue with the option of dialogue with the political leaders of The Gambia to ensure peaceful transition of power.

The meeting was also said to have resolved that each member country of ECOWAS should assembly troops that would be deployed in The Gambia and install the new president in accordance with the will of the people, which they expressed with their ballot on December 1, 2016 as well as The Gambia’s constitution.

Though no communique was issued at the end of the meeting, the Defence Headquarters, in a statement published on its website, listed military chiefs at the event to include: the chairperson of ECOWAS Chief of Defence Staffs, Brig. Gen. Daniel Ziankahn of Liberia; CH Gueye of Senegal; ECOWAS Commissioner for Political Affairs, Hajiya Salamatu; Vice President of the Commission; the Ghanian Chief of Defence Staff and principal staff officers from Defence, Army, Navy, and Air Force Headquarters.

On Friday, Barrow attended the Franco-African summit, while Mr. Jammeh was absent.

A statement by Barrow’s office said Jammeh’s meeting with Buhari and other ECOWAS representatives was “unproductive.”

Buhari had led a three-nation delegation to Banjul, but Nigeria’s Foreign Minister, Mr. Geoffrey Onyeama, said the delegation could not persuade Jammeh to relinquish power.

Briefing the UN Security Council on the crisis, the Head of UN Office for West Africa and the Sahel (UNOWAS), Mr. Mohamed Chambas, had admitted that “some countries in the region had witnessed political uncertainty or significant security challenges.’’

“We were saddened by the quickly unfolding political crisis resulting from President Jammeh changing his mind and deciding to reject the results,’’ he said.

“UNOWAS is fully involved in supporting the ECOWAS-led mediation, which continues to explore all avenues towards a peaceful transfer of power,” he added.

Be the first to comment on "The Gambia: Use of Force Imminent As ECOWAS Plans To Oust Jammeh" 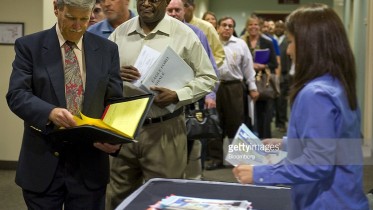 Companies in U.S. Added 263,000 Employees in March Companies added workers to U.S. payrolls in March at the fastest pace since December 2014 on solid gains in…