The Senate Committee on Petroleum has said Nigeria spent N11 trillion on fuel subsidy in the last six years.

The committee, however, did not disclose the details of the payment.

The report was specifically on “Promissory note programme and a bond issuance to settle inherited local debts and contractual obligations to petroleum marketers.”

The Senate approved the report for payment of N129 billion subsidy to 67 marketers.

The Chairman of the panel, Senator Kabiru Marafa, however, said there were computation differences in the figure submitted by the Federal Ministry of Finance and marketers.

Senator Matthew Urhoghide, Chairman of Senate Committee on Public Accounts, expressed concern that more subsidy claims would come up in the Ninth Assembly because “the computations were not properly done”.

Ekweremadu said: “I am also happy to note that we are coming to a closure on the issue of this outstanding payment on subsidy claims. We should begin to think of the best way to deal with the subsidy issues.

“The frightening aspect of it is that the NNPC now charges subsidy on the Consolidated Revenue Fund of the Federation. What they do is that the issue of subsidy is now in the first-line charge on our oil revenue, which is extremely dangerous because that is completely unknown to our Constitution.

“But the implication therefore is that those expenditures are never appropriated. So it is a possible area of conflict between the executive and the parliament.

“I do hope that the next assembly will be able to sit down with the executive in order to address this issue without creating unnecessary tension.

“NNPC needs to also caution itself in that respect so that they don’t encroach on the appropriation responsibilities of the National Assembly”.

Be the first to comment on "Fuel Subsidy: Nigeria Spends N11tn in Six Years" 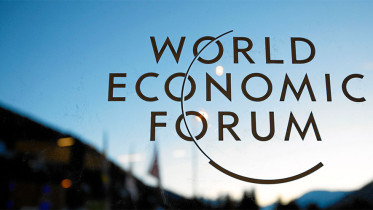