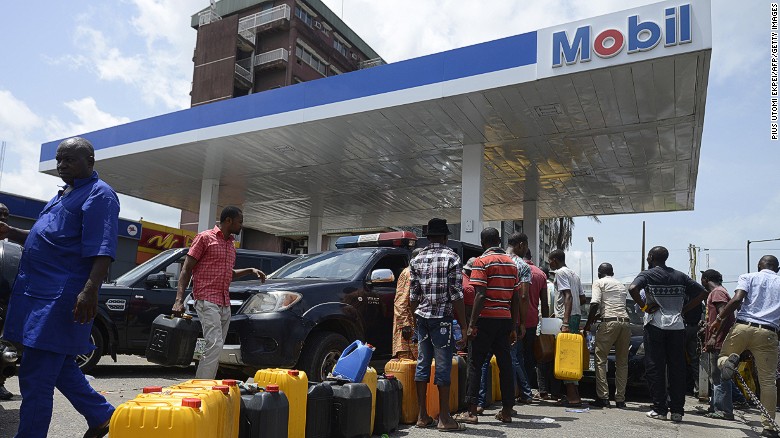 Barely four months after the federal government adjusted the pump price of petrol upwards from N86.50 to N145 per litre to stabilise product importation and distribution, oil traders have raised concern over likely scarcity of the product.

The fear expressed by the marketers stemmed from the alleged inability of the Nigerian National Petroleum Corporation (NNPC) to supply crude to some oil traders and refineries in exchange for refined products, under the Direct Sales-Direct Purchase (DSDP) contractual arrangements initiated with some selected oil traders and foreign refineries some months ago.

The marketers were also alarmed by the increasing challenges facing them in accessing foreign exchange, and threatened that they might abandon petrol importation in the hands of only the NNPC, potentially plunging the country into another energy crisis.

But the Group Managing Director of NNPC, Dr. Maikanti Baru has dismissed the fear of possible scarcity, saying that the corporation has continued to meet its obligations to marketers and foreign refineries in the areas of foreign exchange allocation and supply of crude oil under its DSDP contracts with the oil traders.

While the marketers alleged that the corporation has defaulted in the supply of crude oil to the foreign refineries, Baru dismissed this claim, revealing that NNPC currently accounts for 90 per cent of petrol imported into the country and has 1.3 billion litres of petrol in reserves “and is not about to let the country go through another crisis of scarcity”.

Following the controversy, which trailed the NNPC’s Offshore Processing Arrangement (OPA, the corporation had adopted the DSDP framework under which it provides crude to selected traders and refineries in return for petroleum products in full and extra margins, unlike the OPA.

DSDP also eliminates all the cost elements of middlemen and gives NNPC the latitude to take control of sales and purchase of crude oil transaction with its partners.

But sources close to the marketers said the corporation had defaulted in the supply of crude oil to the foreign refineries, thus threatening the steady supply of petroleum products in the country.

According to them, lack of crude oil due to the attacks on oil facilities in the Niger Delta, has hampered the corporation’s ability to meet its contractual obligations under the DSDP.

The marketers said that since the programme started, the NNPC had not been able to supply crude oil to the oil traders.

“The militants stopped almost all the onshore production and because of this, NNPC has no crude to supply to the traders. The oil traders supplied petrol initially but stopped when the NNPC was not bringing crude. The traders had to stop because they did not want a repeat of the 2008/2009 crisis when they were indebted to the tune of over $3 billion due to NNPC’s inability to meet obligations. Fresh crisis is looming.”

Having lost over 70 per cent onshore and shallow water production to militant attacks, the NNPC can no longer access the 445,000 barrels per day allocation to the refineries, which is used to service the corporation’s DSDP agreement.

With the loss of production from the traditional terrains, the country’s oil revenue is currently derived solely from deep offshore production where the NNPC has Production Sharing Contracts (PSCs) arrangement with some international oil companies (IOCs).

Also Total’s 200,000 bpd Egina deepwater field being developed at the cost of $16 billion will start production in 2017 after the $3.3 billion Floating Production Storage Offloading (FPSO) vessel arrives the country in March or April 2017.

However, some of the five producing fields have not attained their nameplate production capacity.

Baru however in a telephone chat yesterday said there was no looming scarcity.

On the issue of alleged non-supply of crude to the traders, Baru said “at the moment, we have been giving them and I have also done a tender as a backup in case I have any issue.”

“So, there is no cause for alarm,” he added.

Also speaking on the foreign exchange challenges, Baru stated that NNPC has been assisting some of the marketers with proven financial capacity to pay for foreign exchange provided by International Oil Companies (IOCs).

“The criteria is important because we could give some of them the foreign exchange, but they may not have the capacity to pay for it. We checked with their banks to confirm that they have the financial capacity because we don’t want a situation where we give them the forex and its diverted or they can’t pay for it. So we carry out a thorough evaluation. We have NNPC, Central Bank and also PPPRA representatives on the committee that evaluates them on the basis of capacity to perform.

“And once we are satisfied on that basis, we now give them forex. To say there is no forex, I don’t think it is correct. At the moment as I am talking to you, I have over 1.3 billion litres and that is more than enough for this September. We have sufficient quantities and not in any scarcity. And we also have direct sales, direct purchase where I give them crude oil and they bring in petrol for me or any product that I choose to bring in,” Baru explained.

But some marketers who faulted Baru’s claim, alleged that the challenges of accessing foreign exchange has also hampered their ability to import petrol, thus threatening product availability.

Oil prices rose on Wednesday despite weak demand after strong hurricane sally threatens to disrupted operations of US oil producers amid a big drop in oil inventories.

Brent crude oil, against which Nigerian crude oil is measured, rose from $39.34 barrel on Tuesday to $41.58 per barrel on Wednesday.

Accordingly, the US West Texas Intermediate crude oil gained 1.8 percent to $38.96 per barrel.

American Petroleum Institute (API), a weekly oil projection report, on Tuesday reported that US crude oil inventories declined by 9.5 million barrels in the week ended September 11, 2020. This, experts at ING Research said if close to the real number due later today, could provide support for global oil prices.

The experts said, “If we see a number similar to the drawdown the API reported overnight, it would likely provide some immediate support to the market.”

This coupled with the fact that with reports that 25 percent of US offshore oil and gas output was halted and export ports were shut as the storm crawled offshore along the US Gulf Coast bolstered oil prices on Wednesday.

Oil prices gained despite OPEC lowering demand for the year, saying weak global recovery amid rising cases of COVID-19 will impact demand for the commodity through the first half of 2021.

Brent crude oil declined further on Monday after the Organisation of the Petroleum Exporting Countries (OPEC) revised down global oil demand for the year.

The Organisation of the Petroleum Exporting Countries said growing economic uncertainties amid slow global recovery will continue to hurt demand for crude oil in 2020.

This, it attributed to the weaker than expected recovery in India and other Asian nations.

The Brent crude oil, against which oil Nigeria oil is priced, declined from $42.18 per barrel it traded Tuesday, September 8, 2020 to $39.26 per barrel on Monday during the New York trading session.

On Monday, OPEC said global oil demand will average 90.2 million barrels per day in 2020, representing 400,000 bpd below the 9.5 million barrel per day projected a month ago.

In a report made available to the media, the cartel said the negative impact of COVID-19 on the global economy would persist through the first half of 2021.

The report said, “Additionally, risks remain elevated and skewed to the downside, particularly in relation to the development of Covid-19 infection cases and potential vaccines.”

“Furthermore, the speed of recovery in economic activities and oil demand growth potential in Other Asian countries, including India, remain uncertain,” it added. 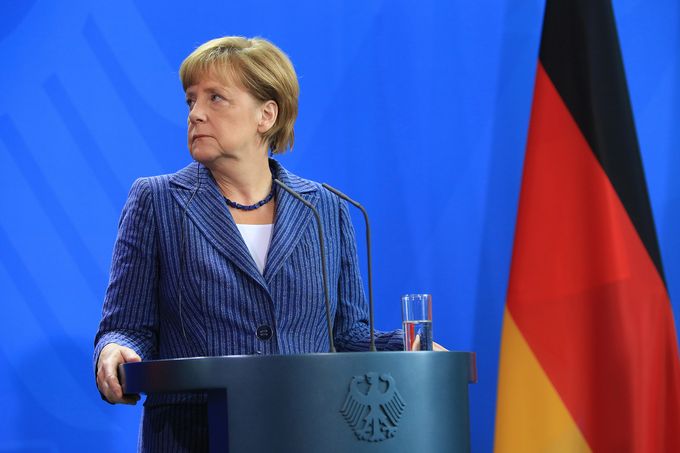 The discussion will be centred on the topic: Investment and Trade for Africa’s Economic Development

The webinar will be moderated by Sebastian Wagner, Executive Chair of the Germany Africa Business Forum and Gugu Mfuphi, Presenter of Kaya FM’s prime time business show, Kaya Bizz; the discussion will be centred on the topic: Investment and Trade for Africa’s Economic Development; panelists include NJ Ayuk, Chairman of the African Energy Chamber (EnergyChamber.org) and Rene Awambeng of the African Export-Import Bank; the webinar will be held on 23 September at 3PM CET. To attend, please register here.

With German visibility and participation on the rise in Africa’s energy industry, the Germany-Africa Business Forum (GABF) will host its second instalment of its Germany-Africa cooperation focused webinar series.

The webinar will facilitate the discussion on how FDI can sustainably strengthen the development of the African continent on September 23rd at 15:00 CET. Anchored by the topic Investment and Trade for Africa’s Economic Development, the webinar will highlight key efforts to mobilise German funding for African energy markets as a means to advance the German-African cooperation which can already be seen in Equatorial Guinea, Angola, South Africa, Nigeria, Egypt, Congo DRC, Senegal and recently, through the expression of interest by German investors in the DRC’s Inga III Dam.

“We are honoured to announce that H.E. Günter Nooke will spearhead our webinar. With his vast and unmatched knowledge in both the German and African markets, he will be able to bring many interesting aspects of the discussion,” said Sebastian Wagner.

Joining the panel discussion will be NJ Ayuk, Chairman of the African Energy Chamber and Rene Awambeng, Vice President at the African Export-Import Bank. “With their expertise in the African finance and energy sector, we look forward to a high-ranking and diverse panel. Especially the energy sector is an important cornerstone of any African economy, and we are looking forward to the outcome of the discussion,” said Mr. Wagner.

German interest in Africa as an investment destination has continued to grow and we hope to see a more diversified investment beyond energy and sales of German products to Africa. Africa is and will continue to be an investment market with the potential for significant growth post-Covid and superior returns.

This event is in collaboration with the Africa Energy Chamber and Africa Oil and Power.