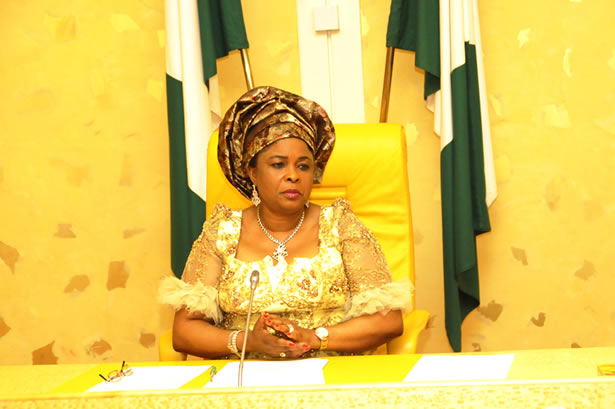 A Federal High Court in Lagos on Tuesday rejected an application by the wife of former President Goodluck Jonathan, Patience, seeking to bar the Economic and Financial Crimes Commission from tampering with a sum of $15.591 frozen in four Skye Bank accounts.

The EFCC placed a ‘No Debit Order’ on the four bank accounts in July while probing Jonathan’s former Special Assistant on Domestic Affairs, Waripamo-Owei Dudafa, for money laundering.

But Patience, who had laid claim to the money, filed a fundamental rights enforcement action against the EFCC, Skye Bank, Dudafa and the four companies in whose names the accounts were opened.

She is urging the court to order the EFCC to remove the ‘No Debit Order’ on the accounts and to release the $15.5m to her.

At the Tuesday’s proceedings in the case before Justice Mohammed Idris, Patience’s lawyer, Mr. Ifedayo Adedipe (SAN), made an oral application, urging the judge to restrain the EFCC from tampering with the money pending the final determination of the case.

But the EFCC lawyer, Mr. Rotimi Oyedepo, opposed him, arguing that the four companies who owned the four bank accounts had been convicted of money laundering by Justice Babs Kuewumi of the same court.

“We pray the court to dismiss the application with a wave of hand. There is an order of the court that has convicted the fourth to seventh defendants for warehousing the proceeds of crime,” Oyedepo said.

He argued that the case before Justice Kuewumi would be prejudiced should Justice Idris restrain the EFCC from tampering with the money.

Oyedepo also contended that Patience did not have the locus standi to make such an application, and expressed doubt as to the validity of the addresses of the fourth to seventh defendants where Patience claimed to have served the originating summons.

Dudafa’s lawyer, Mr. Gboyega Oyewole, however, said the court bailiff had already deposed to an affidavit that the fourth to seventh defendants had been served.

In a short ruling, Justice Idris said he would rather grant an accelerated hearing of the case, than make any order that would prejudice the outcome of the main case.

He adjourned till December 7, 2016 for the hearing of the main case.

Earlier in the proceedings, Justice Idris acknowledged a letter from Skye Bank’s lawyer, Lanre Ogunlesi, stating that he was indisposed and would not be able to come to court on Tuesday.

Be the first to comment on "Frozen $15.5m: Court Rejects Patience’s Application to Restrain EFCC" 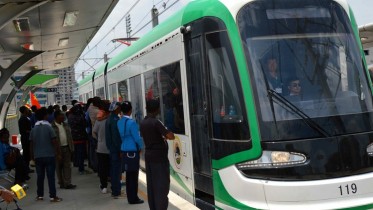