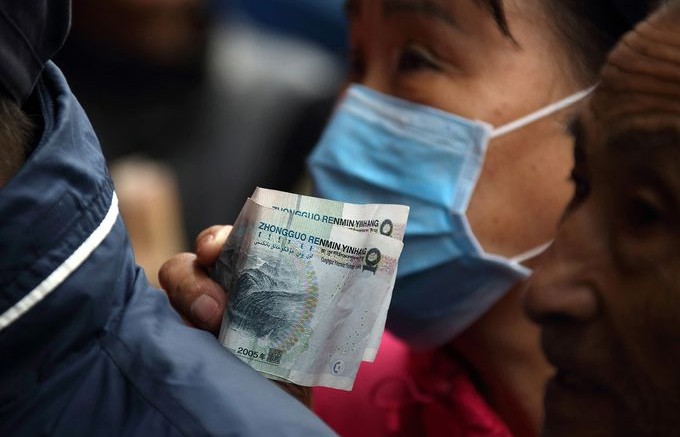 Customers hold Chinese yuan banknotes as they purchase Beijing ducks at a store in Beijing, China.

The US dollar retreated against the Euro-single currency on Friday, after the Deutsche Bank was said to have reached an agreement with the US Department of Justice (DOJ) to pay $5.4 billion to settle its mortgage-securities investigation instead of the original proposition of $14 billon. However, other factors contributed to the drop in the exchange rate of the US dollar, even though the consumer confidence (104.1) rose to its highest in 9-year and second quarter GDP was revised upward to 1.4 percent from 1.1 percent previously estimated. The Federal Reserve chair, Yellen Janet failed to convince the market that the decision to held interest rates at record-low wasn’t politically motivated, after Donald Trump accused the Fed chair of creating “a big, fat, ugly bubble” by leaving interest rates this low.

Again, three members of her own rate-setting group announced last week that they preferred to raise the federal funds rate by 25 basis points, which in turn validated the notion of disenchantment in the group. Nevertheless, the economy continued to create jobs at a solid pace but unemployment rate remains between 4.7 – 4.9 percent — which signifies that as some are being employed some are leaving for whatever reasons.

Although, the Federal Reserve Chair said that as long as monetary policy remains accommodative, that the economy would overheat and eventually pushed unemployment rate downward and boost inflation. But the question now is can this be sustained? This is one of the reasons the Federal Reserve is holding back, considering the fact that businesses tend to create lesser jobs with high borrowing cost and drop in job creation will lead to a surge in the unemployment rate and eventually drop in consumer spending that has been the backbone of the economy. So, according to the Fed Chair, it is risky to remove the accommodation as it is, hence, the no timetable for rate decision. This week, investors are waiting to see if Non-farm payroll added more jobs in September from the 151,000 recorded in August, and if the manufacturing (49.4) and services (51.4) sectors have picked up from August lows.

In Europe, the Euro-single currency plunged early in the week, following news of 12 hedge fund management companies withdrawing about $6.4 billion from Deutsche Bank, Europe’s largest investment bank, over concern the institution could go the way of Lehman Brothers if it failed to meet its multibillion dollar’s fine by the DOJ.

Currently, the region is struggling with the aftermath of the Brexit and lackluster growth which includes weak consumer prices (0.8%) and stagnant unemployment rate (10.1%). All these are expected to weaken business sentiment in the region and lead to more capital flight in the days to come — particularly with a judge in Milan, Italy approving prosecutors’ request on Saturday to try 13 bankers, including six current and ex-managers of Deutsche Bank over colluding to falsify the accounts of Italy’s third-biggest bank and manipulate the market.

I think it is going to get worse, even though a Deutsche Bank representative said the institution have enough liquidity to withstand withdrawals, trust and business confidence are going to drop as clients strive to make sense of the whole situation. Hence, Euro-single currency is expected to dip henceforth. Depending on Deutsche Bank proffer solution and market interpretation of such move.

In Japan, the economy continued to struggle with weak exports and low consumer prices even after introducing the “yield curve”. The data released last week showed consumer spending dropped 4.6 percent in August, while inflation (-0.4%), housing starts (2.5%) and unemployment rate (3.1%) are below expectation. The Bank of Japan last week shifted its focus to aiding banks’ profitability by making sure long-term bonds’ rates remain sufficiently above current negative rates, so banks can profit from lending into Japan’s stagnant economy. But the increase in demand has pushed yields on 10-year bond below BOJ’s zero target to -0.09 percent. This is likely to force BOJ to take action soon, if the whole yield curve concept is to be effective and the yen gains to be subdued.

In Algeria, OPEC members agreed last week to cut production to a range of 32.5 to 33 million barrels a day for the first time in 8 years. The announcement boosted crude oil prices and commodity currencies, before Iranian Oil Minister Bijan Zanganeh questioned the benchmark figure used by OPEC for the proposed production cut. Market experts are beginning to doubt the possibility of divided OPEC to go through with such decision come November when the members will meet again in Vienna, Austria.

As it is, the financial markets is largely being driven by speculators – what market participants perceived or interpreted a certain action by central banks or the Deutsche bank and the entire Europe region to be as uncertainties and  risks associated with investment has increased across the globe. Therefore, traders are advised to be cautious as we seek to decipher Deutsche Bank situation, BOJ new yield curve policy and Non-farm payrolls this week. However, EURAUD and NZDUSD to my list this week.

Since our target was hit at 1.5020 three weeks ago, this pair has lost 355 pips. I believe the attractiveness of the Australian dollar due to the series of positive macro data released recently will push this pair further down. Again, I am pricing in the possibility of euro-single currency dropping more this week as the market digest Saturday’s news of 6 current executives and ex-managers of Deutsche Bank approved by an Italian judge for investigation. This will likely worsen the currency position against its counterparts.

Technically, since this pair closed as bearish pin bar three weeks ago and validated that by closing bearish two weeks ago, and even last week. The price action has turned bearish and with the uncertainties in the Europe area, we might see 1.4486 this week. Hence, as long as 1.4777 holds, I am bearish on EURAUD this week with 1.4486 as the target.

Last week, I was bearish on NZDUSD but OPEC decision to cut production bolstered all commodity currencies, even though US macro data were positive the doubt created by Federal Reserve Chair Yellen Janet weighs on the dollar strength. This week, I remain bearish on this pair because one, as long as 0.7362 resistance holds, this pair is bearish. Two, the New Zealand trade balance figure released last week revealed that deficit rose to 1265 from -351 previously recorded. This means, exports dropped more than estimated which is yet to reflect in the pair due to US fed issues.

Last week, I was bearish on NZDJPY but OPEC decision to cut production daunt the outlook. So this week, I will be standing aside on NZDJPY to assess Japan’s “yield curve concept” and market reaction to increase in demand that has pushed yields on 10-year bond below BOJ target. 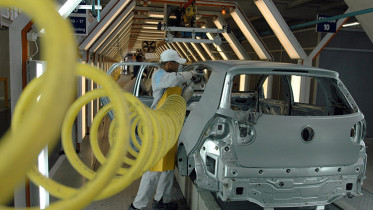